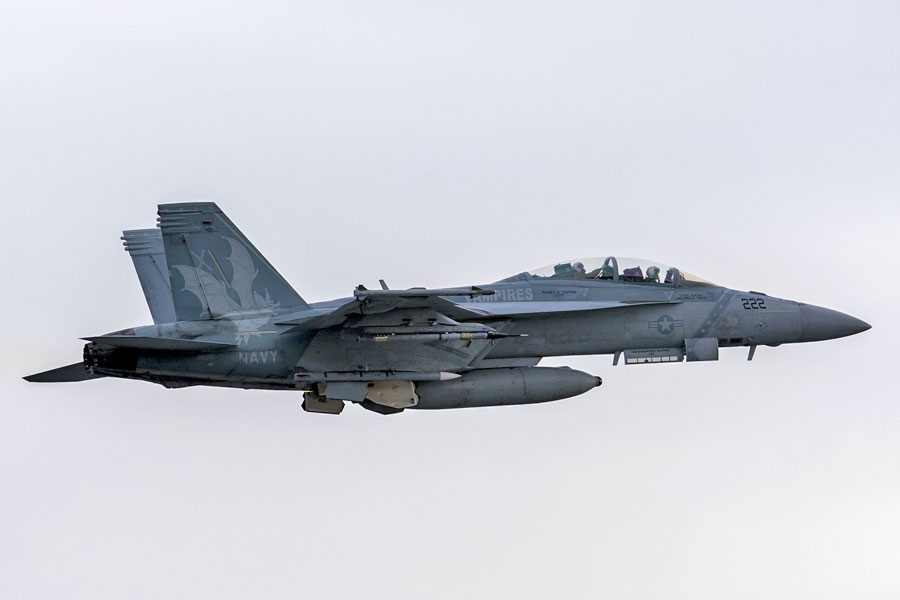 Press Statement, Arlington VA, 28 March 2022: In coordination with the German government, six US Navy EA-18G Growler aircraft from VAQ-134 based at Naval Air Station Whidbey Island, Washington, are scheduled to arrive at Spangdahlem Air Base in Germany today. The purpose of this deployment is to bolster readiness, enhance NATO’s collective defence posture and further increase air integration capabilities with our allied and partner nations.

These Growlers are equipped for a variety of missions but they specialise in flying electronic warfare missions, using a suite of jamming sensors to confuse enemy radars, greatly aiding in the ability to conduct suppression of enemy air defence operations. They will be accompanied by about 240 air crew, aircraft maintainers, and pilots.

They are not being deployed to be used against Russian forces in Ukraine. They are being deployed completely in keeping with our efforts to bolster NATO’s deterrence and defence capabilities along that eastern flank. The deployment is not in response to a perceived threat or incident.

As we have said all along, the Secretary wants to keep options open. He is in constant consultations with General Wolters, and as a result of discussions with General Wolters, as well as the German government, this was deemed to be an additional move that could continue to bolster our deterrence and reinforce our defences on the eastern flank. This deployment is a prudent decision to continue to re-evaluate our force posture on NATO’s eastern flank.

EA-18G Growler, Featured, Germany, Spangdahlem, VAQ-134
You may also like