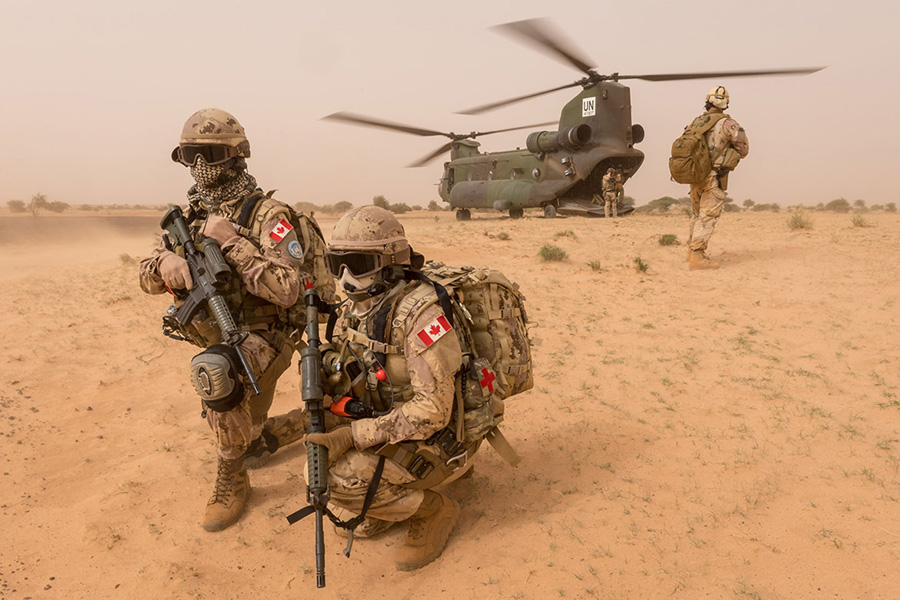 In today’s global security environment, the Government of Canada understands the critical importance of continuing to contribute to multinational operations around the world to support international stability and security. To this end, the Honourable Anita Anand, Minister of National Defence, announced today that the Government of Canada is extending two international Canadian Armed Forces (CAF) missions—Operation IMPACT and Operation PRESENCE— through to March 2023.

Since 2014, through Operation IMPACT, the CAF have been contributing military support to Canada’s whole-of-government approach to advancing peace and stability in the Middle East, which also includes development and humanitarian support. Today, the Government announced this operation has been extended by one year to March 31, 2023.

Operation IMPACT: This one-year renewal will allow the CAF to continue to play an important role in Iraq, Jordan, and Lebanon, helping to support peace and security. As part of the Global Coalition against Da’esh and NATO Mission Iraq, the CAF will continue to work with its partners and Allies to ensure the enduring defeat of Da’esh and to promote regional stability. The renewal of Operation IMPACT will also allow the CAF to continue to provide training and capacity-building assistance to the Iraqi Security Forces, the Jordanian Armed Forces and the Lebanese Armed Forces.

The CAF’s presence in the Middle East supports regional partners’ security forces, improving security in the region. The international response against Da’esh has reduced the suffering of many vulnerable populations. We will continue to stand with our partners and Allies to help bring security and stability to the region.

“Our Canadian Armed Forces have been working with partners and Allies since 2014 to improve Iraqi security forces’ capabilities and providing training and capacity-building assistance to the Jordanian Armed Forces and the Lebanese Armed Forces. The extension of this mission means that CAF will continue to work with regional partners and NATO allies in these efforts through March 2023. I sincerely thank all of our CAF personnel deployed to the region for their important contributions to global peace and stability, and for representing the very best of Canada.” The Honourable Anita Anand, Minister of National Defence.