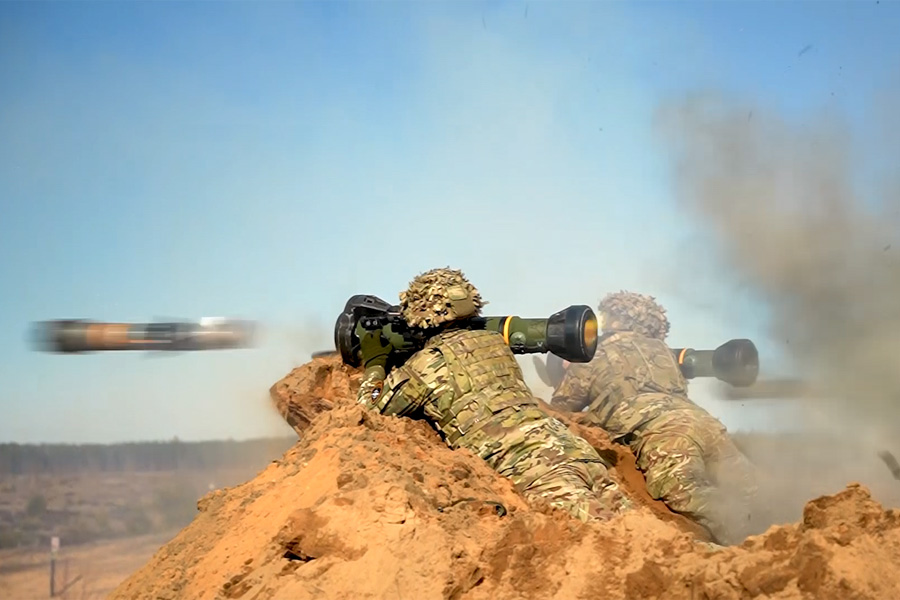 Prime Minister Boris Johnson will announce a major new package of UK support for Ukraine at the NATO and G7 leaders’ meetings.

Press Release, Downing Street, 24 March 2022: The Prime Minister will announce a major new package of support for Ukraine today at the NATO and G7 leaders’ meetings, as he calls on the international community to stay the course on Ukraine and stand against tyranny.

The measures announced today include 6,000 missiles, consisting of anti-tank and high explosive weapons, and £25 million in financial backing for the Ukrainian military. This more than doubles the defensive lethal aid provided to date to more than 10,000 missiles, and comes on top of the £400 million the UK has committed in humanitarian and economic aid for the crisis. The Prime Minister will set out the UK’s intention to work with partners to bolster Ukraine’s defence capabilities, including longer-range targeting and intelligence, as the Ukrainian people face down an unprovoked invasion.

The UK will also provide an additional £4.1 million for the BBC World Service as part of a cross-government effort to tackle disinformation in Russia and Ukraine, as well as new financial and policing support for the International Criminal Court’s investigation into war crimes.

One month into the conflict, the Prime Minister will welcome NATO and the G7’s unified stance on Ukraine and collective action on economic, military and diplomatic measures. He will urge Allies and partners to step up a gear in response to Russia’s use of increasingly brutal tactics, including by providing enhanced defensive support to Ukraine and doubling down on economic sanctions against the Kremlin.

Prime Minister Boris Johnson said: “Vladimir Putin is already failing in Ukraine. The Ukrainian people have shown themselves to be extraordinarily brave and tenacious in defending their homeland, in the face of an unprovoked onslaught.

“But we cannot and will not stand by while Russia grinds Ukraine’s towns and cities into dust. The United Kingdom will work with our allies to step up military and economic support to Ukraine, strengthening their defences as they turn the tide in this fight.

“One month into this crisis, the international community faces a choice. We can keep the flame of freedom alive in Ukraine, or risk it being snuffed out across Europe and the world.”

The UK has already provided over 4,000 anti-tank weapons to Ukraine’s armed forces, including Next-Generation Light Anti-Tank Weapons Systems, or NLAWs, and Javelin missiles. The Government is also supplying Starstreak high-velocity anti-air missiles to help Ukrainians defend themselves against aerial bombings, as well as body armour, helmets and combat boots.

The £25 million in new non-ODA funding from the Conflict, Stability and Security Fund will help to pay the salaries of Ukrainian soldiers, pilots and police and ensure the armed forces are well equipped with high-quality equipment. The UK has committed £400 million in humanitarian and economic support to date, complementing the huge generosity of the British public, and donated more than 4 million items of medical equipment and 500 mobile generators.

In further support announced today, the BBC World Service will receive an additional £4.1 million in emergency funding to support its Ukrainian and Russian language services in the region, and to help it create content to counter disinformation about the war in Ukraine. The funding has been provided by the Department for Digital, Culture, Media and Sport and FCDO.

The Justice Secretary, Dominic Raab, will also chair a meeting of justice and foreign ministers in the Hague today to coordinate support for the International Criminal Court’s war crimes investigations. The Deputy Prime Minister is expected to announce an additional £1 million in funding for the court, as well as new support from UK soldiers with expertise in intelligence gathering and the Met Police’s War Crimes Team.