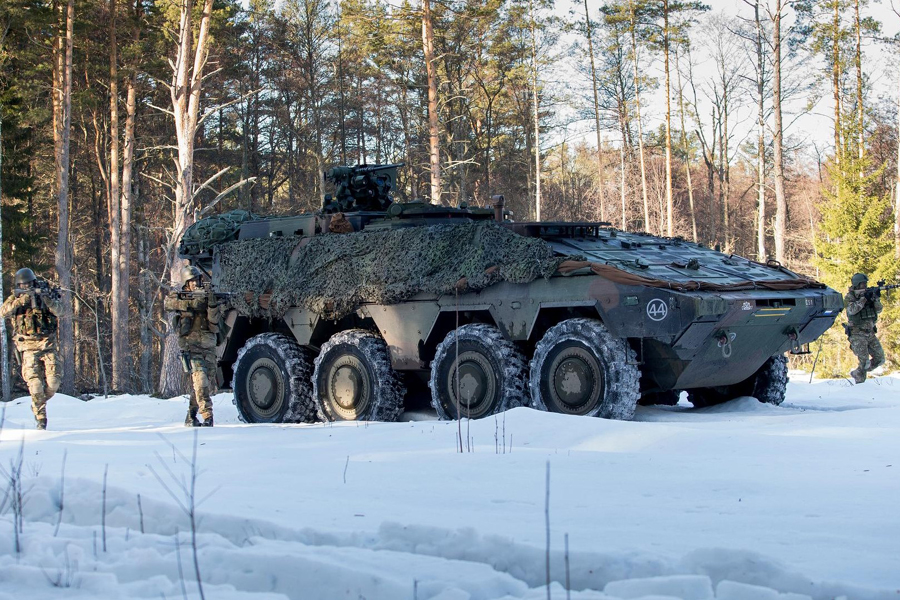 News Release, The Hague, 02 March 2022: The Supreme Allied Commander Europe (SACEUR) has called on the Member States to transfer command of NATO’s enhanced Forward Presence forces in Eastern Europe to him. By taking command, he intends to safeguard the security of the alliance in light of the situation at the eastern flank of NATO territory. The Netherlands and its NATO partners have complied with this request. Minister of Defence Kajsa Ollongren informed the Netherlands House of Representatives accordingly.

At present, the Netherlands has approximately 270 military personnel deployed to eFP. The Dutch contingent is based in Lithuania. The eFPs in Poland and the other Baltic states are now also under SACEUR command.

The American four-star general Tod Wolters is currently SACEUR, and thus is in charge of NATO military command. The transfer of command over the eFPs gives General Wolters the mandate to order the movement or deployment of the four multinational battlegroups if necessary, within the conditions set by the North Atlantic Council (NAC).

Last week, the NAC activated SACEUR’s NATO standard plans. This enables NATO to act at the speed of relevance, if necessary. The request for transfer of command of the eFPs is part of this approach.

[Netherlands] Deployment numbers raised: At the end of last year, a decision was reached to increase the maximum number of Dutch military personnel deployed to eFP. This number stood at 270, but will now be increased to include additional support capability (30 personnel) and an additional force (50 personnel) for flexible deployment. These additional members of personnel can be deployed over the course of 2022.