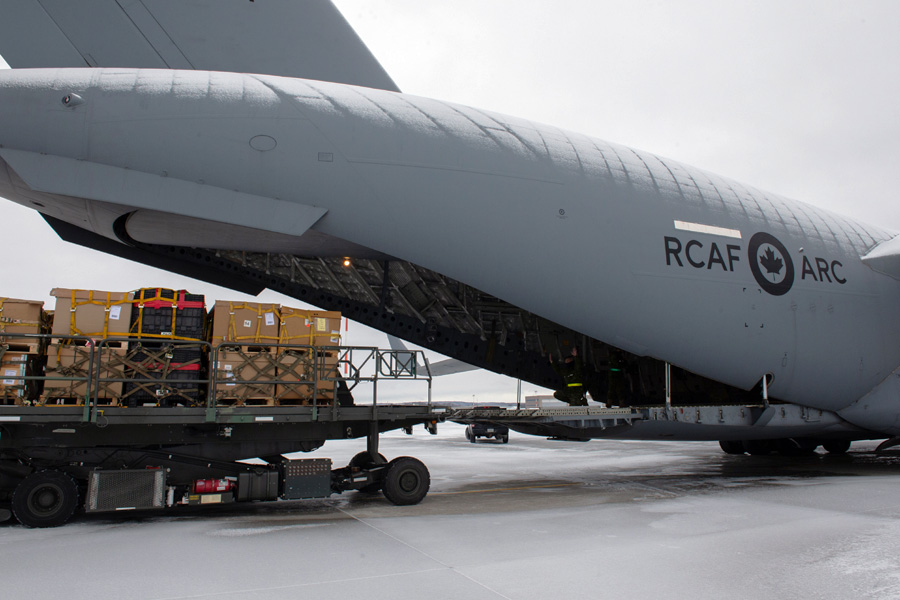 Canada is steadfast in its support of Ukraine’s sovereignty, territorial integrity and independence. This equipment donation will further help the Ukrainian security forces defend against Russia’s threats and military build-up in and around Ukraine. This equipment includes personal protective and load carriage equipment, as well as surveillance and detection equipment.

A team of CAF personnel are accompanying the equipment to assist with its integration, and to ensure Ukrainian security forces are properly trained on its function and maintenance. These CAF personnel will then remain in Ukraine to provide additional mentoring to the Ukrainian security forces. Exact locations and dates of the arrival of the additional CAF members committed as part of Canada’s extension and expansion of Operation UNIFIER will not be disclosed for operational security reasons.

Since 2015, Canada has provided over $23 million dollars in non-lethal military equipment to Ukraine. That equipment included items such as: communications systems used for field operations, a mobile field hospital, and explosive disposal equipment. During this time, Canadian troops have also trained around 33,000 Ukrainian military and security personnel in a range of tactical and advanced military skills. In addition, civilian and military personnel from the Department of National Defence and the CAF have been supporting key elements of Ukraine’s defence reform process, such as democratic accountability and civilian oversight of defence and security institutions.

“During my visit to Ukraine, Minister Reznikov and Ukrainian defence officials reiterated their country’s sincere gratitude for Canada’s training and capacity-building mission, Operation UNIFIER. Today’s donation reinforces Canada’s support to Ukraine and will assist Ukraine in remaining sovereign and secure. In the face of unwarranted Russian aggression, Canada stands with Ukraine.” The Honourable Anita Anand, Minister of National Defence.