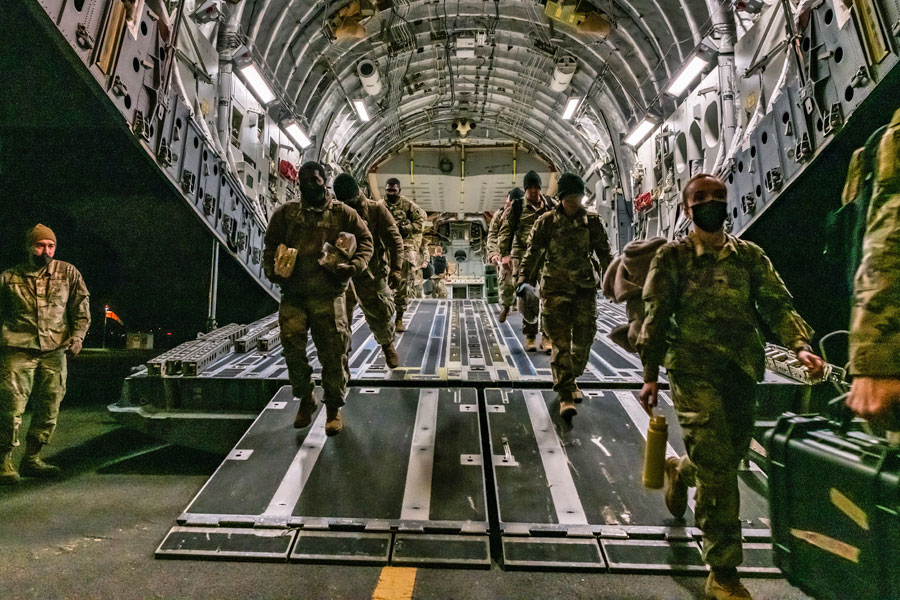 The first of 2,000 US soldiers arrive in Europe following the US DoD announcement of additional forces moving from the US to Europe [US Army: Sgt Stephen Perez]

The first of 2,000 additional US soldiers, including an XVIII Airborne Corps JTF-capable Headquarters, arrived in Europe on Friday 4th February.

USAREURAF News Release, Wiesbaden, 04 February 2022: The first of 2,000 US Soldiers arrive in Europe following the US Department of Defense’s announcement of additional forces moving from the US to Europe in support of our NATO Allies.

The XVIII Airborne Corps will provide a Joint Task Force-capable headquarters in Germany. Additionally, 1,700 Paratroopers with the 82nd Airborne Division will deploy to Poland. These moves are designed to respond to the current security environment and reinforce NATO’s eastern flank.