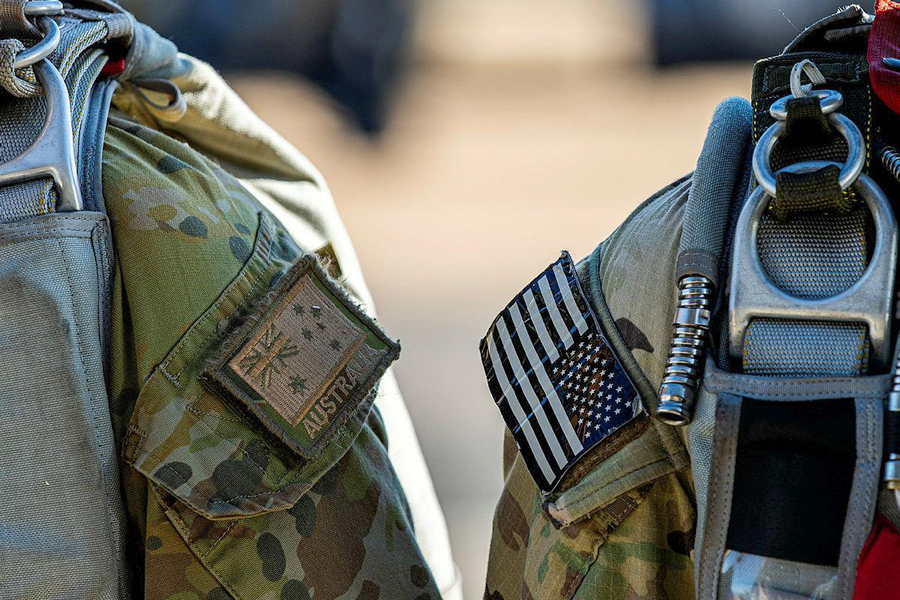 Today is the 70th anniversary of the signing of the ANZUS Treaty signed on 1st September 1951 in the wake of World War II.

ADoD News Release, Canberra, 01 September 2021: The ANZUS Treaty was signed on September 1, 1951, in the wake of World War II and was designed to protect the security of the Pacific.

Chief of the Defence Force General Angus Campbell said ANZUS remained a powerful demonstration that the treaty signatories do not stand alone and are stronger when working together. “Today I reflect on the long history of mateship between Australia and the United States, and remember those who laid down their lives to protect the security and prosperity of our two nations,” General Campbell said.

“Our shared commitment to deterring aggression has seen the Australian Defence Force partner with our American allies in every major conflict since the First World War.”

Built on a foundation of staunch support for liberal democracy and shared respect for the rule of law, ANZUS has been a cornerstone of Australia’s strong relationship with the United States and has led to tangible demonstrations of both countries’ commitment to the region.

Secretary of Defence Greg Moriarty said few countries in the world have such a close and enduring partnership. “The Australia-United States relationship, underpinned by ANZUS, is built on our longstanding mutual support for peace, stability and the rules-based international order in the Indo-Pacific region,” Mr Moriarty said.

“The alliance continues to evolve to meet our shared security challenges.

“Its focus is now on the Indo-Pacific, where both countries work to strengthen regional resilience and deter against actions counter to our collective interests.”

A key component of the alliance is force-posture cooperation with the US, including the Marine Rotational Force – Darwin, a tangible demonstration of the close relationship of the nations. Now in its 10th year, the US Force Posture Initiatives aim to improve interoperability between Australian and US armed forces, provide opportunities to engage with partners in the Indo-Pacific, promote regional stability, and better posture both nations to respond to conflict and contingencies such as humanitarian assistance and disaster-relief operations.

A small, COVID-safe commemorative ceremony was held at the Australian-American Memorial in Canberra on September 1 to acknowledge the anniversary of the treaty. Prime Minister Scott Morrison, Minister for Defence Peter Dutton, Secretary of Defence Greg Moriarty, Vice Chief of the Defence Force Vice Admiral David Johnston, and US Charges d’Affaires Mike Goldman attended the event with representatives of both countries laying wreaths at the memorial.

Acknowledging the importance of ANZUS 70 years on will also be a key topic of the upcoming Australia-US Ministerial Consultations (AUSMIN).

Statement by US Secretary of Defense Lloyd J. Austin III on the 70th Anniversary of the ANZUS Treaty.

Today marks a special milestone for the US – Australian Alliance. Seventy years ago, we formally established the ‘Unbreakable Alliance’ that continues to provide stability and security for the Indo-Pacific and beyond. While the Alliance itself is 70 years old, Australia and the United States have fought side by side in every major conflict since World War I.

The United States will never forget that twenty years ago, on September 11, Australia invoked, for the first time in its history, the collective defence article of the ANZUS Treaty. Once again, Australia sent troops to fight shoulder-to-shoulder with the United States and other allies and partners through nearly 20 years of combat. It is a testament to the enduring nature of ‘Mateship’. Our Australian allies stood by with us to the very end of our presence in Afghanistan and the United States will be forever grateful.

As we celebrate the signing of the ANZUS Treaty and the US – Australian Alliance, we are also setting our sights on the future. Our shared interests and values ensure that our Alliance will continue to advance our shared vision for a Free and Open Indo-Pacific.

In a few short days, I look forward to hosting Australian Minister for Defence Dutton at the Pentagon, followed by this year’s Australia – United States Ministerial (AUSMIN) consultations here in Washington, D.C. Together, we will work to ensure that our Alliance continues to move forward with strength and purpose for decades to come.