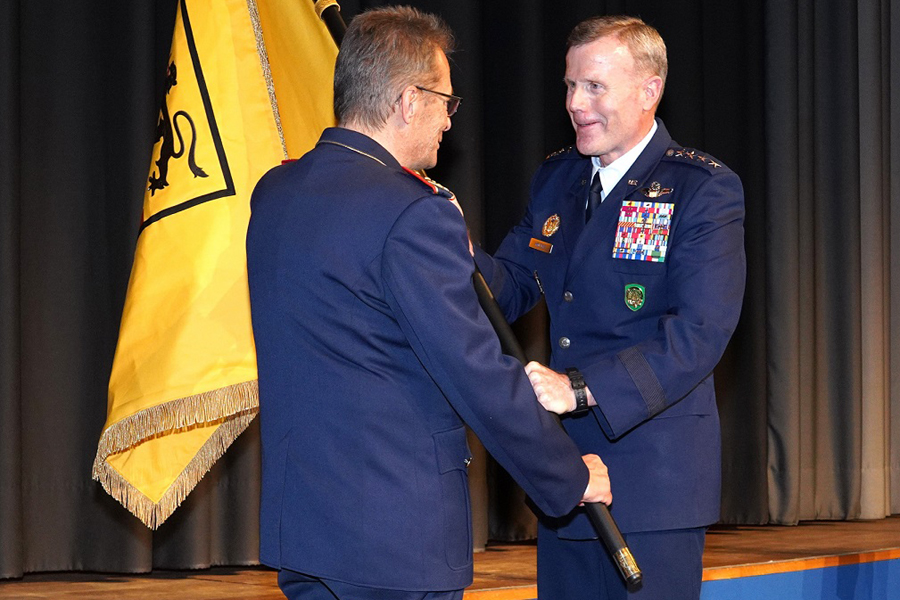 The NATO JSEC (Joint Support and Enabling Command) was today declared as having reached Full Operational Capability at its Ulm headquarters.

As a result of its biggest adaptation since the Cold War era, NATO celebrated the foundation of a new full operational Headquarters in Ulm on September 8, 2021. The Supreme Allied Commander Europe, General Tod D. Wolters, declared the Joint Support and Enabling Command’s full readiness in the presence of high-ranking international representatives of its allied nations, as well as high-level political guests. Parliamentary State Secretary at the Ministry of Defence, Thomas Silberhorn, represented the framework nation Germany.

“This is a very happy day for me, but more importantly, for the whole JSEC Staff,” stated JSEC Commander, Lieutenant General Jürgen Knappe, “Everyone worked hard over the last three years to achieve this and we’re more than proud to celebrate this moment today with our allied friends.”

The road to successfully join the NATO family has been a long ongoing one. Starting in 2018, the Joint Support and Enabling Command has been implemented into NATO’s command and control structure over the past three years and successfully provided evidence of its capabilities during the NATO exercise STEADFAST DEFENDER 2021. With the declaration of Full Operational Capability, the Joint Support and Enabling Command is now ready to facilitate the enablement of the Supreme Allied Commander Europe’s Area of Responsibility, the reinforcement of forces and their sustainment.

With over 20 different nations represented at the Command in Ulm, the Joint Support and Enabling Command already established a network to its NATO allies and has the potential to become NATO’s knowledge hub for reinforcement and logistics.