Home > World News > End Of The American War In Afghanistan

End Of The American War In Afghanistan 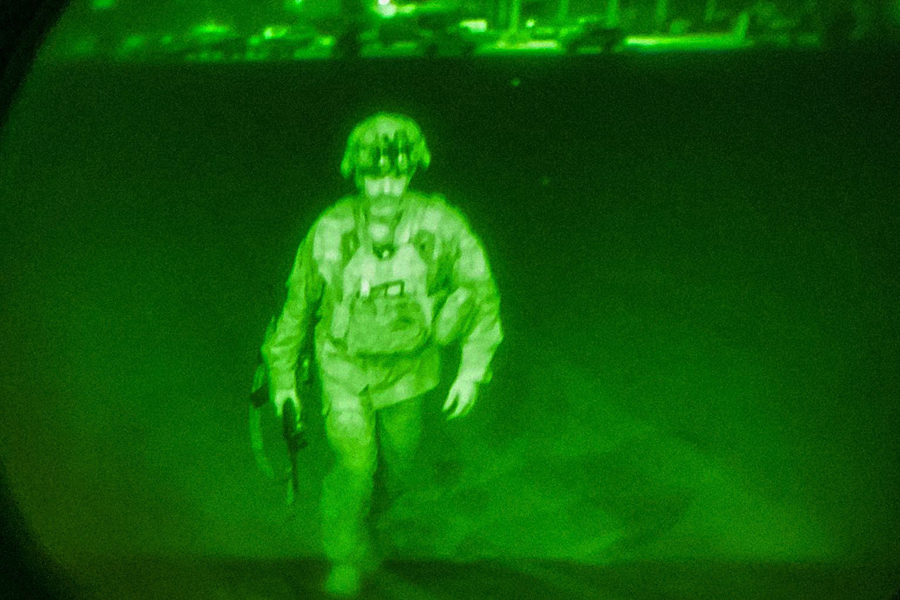 Statement For Immediate Release by the US Secretary of Defense Lloyd Austin III on the end of the American War in Afghanistan.

US DoD Statement, Washington, 30 August 2021: Today, we completed the US military evacuation of civilians and the removal of all US forces from Afghanistan.

I am deeply saddened that, in the course of this historic evacuation mission, we lost 13 of our own, along with so many others who were killed and wounded days ago by cruel terrorists.

We mourn alongside the families of those who were lost, and we will never forget your loved ones’ heroism and sacrifice. They gave their lives trying to save the lives of others. And I know that you share my pride in them.

I hope that all Americans also share my pride in all the troops and diplomats who raced to help save lives during those critical days of August.

Our service members secured, defended, and ran a major international airport. They learned how to help consular officers screen and verify visa applicants. They provided medical care, food and water, and compassion to people in need. They flew tens of thousands of people to safety, virtually around the clock. They even delivered babies.

Over the course of more than four decades in service, I have never ceased to be amazed at what an American service member can do. I remain in awe. And I am thankful for the skill and professionalism with which they do it.

I want to thank all those who laboured so hard and under such difficult circumstances over the past few weeks, including dozens of our diplomats, to move some 6,000 of our fellow citizens out of harm’s way and evacuate more than 123,000 people from Afghanistan — the vast majority of whom are Afghans, friends and allies who fought by our side and fought for our shared values.

We will help these Afghan friends as they now turn to the task of beginning new lives in new places. We will provide these men, women, and children with temporary living spaces, medical care, and sustenance at military facilities at home and abroad. We will continue to support the interagency effort led by the Department of Homeland Security to screen them and to process some of them to lead new lives in America. And we will work hard to defend our citizens from terrorist threats emanating from anywhere around the globe.

Now, the end of this operation also signals the end of America’s longest war.

We lost 2,461 troops in that war, and tens of thousands of others suffered wounds, seen and unseen. The scars of combat don’t heal easily, and often never heal at all.

As we look back as a nation on two decades of combat and struggle in Afghanistan, I hope that we will do so with as much thoughtfulness and humility as we can muster. And I know that we will wish for a brighter future for the Afghan people — for all their sons, and for all their daughters.

And we must remember the citizens whom we serve and the nation that we defend.