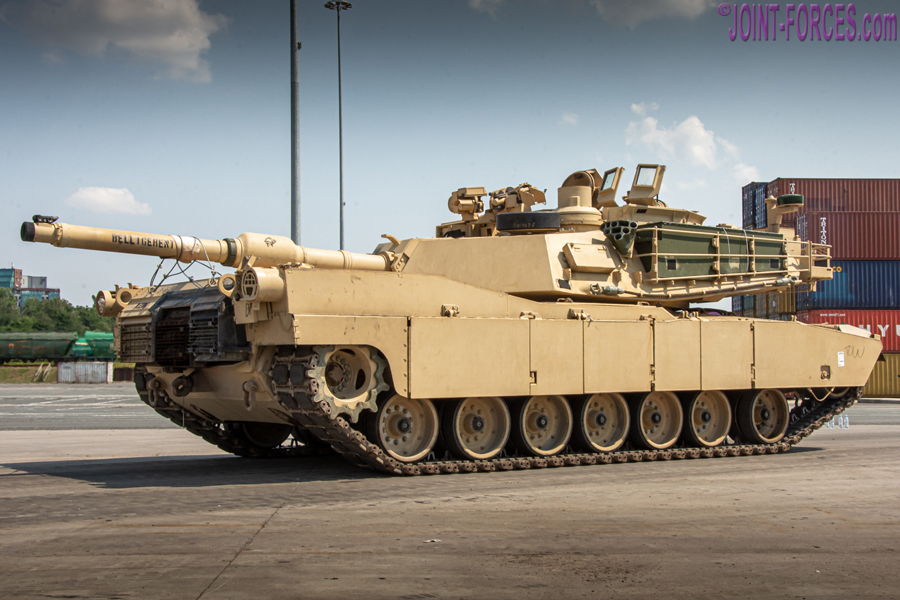 The US Army’s 598th Transportation Brigade and 21st Theater Sustainment Command invited members of the press to observe operations yesterday afternoon at the Port of Klaipėda in Lithuania in support of the eighth Armored Brigade Combat Team rotation for ATLANTIC RESOLVE.

The Klaipėda port operations are in support of the deployment of the 1st Armored Brigade Combat Team, 1st Infantry Division from Fort Riley, Kansas. Approximately 300 equipment items were scheduled to arrive in Klaipėda. The 1-1 ID equipment includes tanks, Bradley Fighting vehicles and a variety of both tracked and wheeled vehicles. These port activities exemplify the strong partnership that exists between the US Army and Lithuanian Armed Forces, and their ability to execute complex logistics and transportation operations in support of ATLANTIC RESOLVE. Following initial staging at the port, the 1-1 ID equipment will transit via commercial line-haul and rail to training locations in central and eastern Europe.

According to USAREURAF, US Army Europe and Africa: “The deployment of ready, combat-credible US forces to Europe in support of ATLANTIC RESOLVE is evidence of the strong and unremitting US commitment to NATO and Europe. Through bilateral, joint, and multinational training, ATLANTIC RESOLVE builds readiness, increases interoperability, and enhances the bond between ally and partner militaries.

Knowing of our interest, last Friday USAREURAF invited JOINT-FORCES to visit the port operations, but regrettably neither Carl nor myself could get there due to prior commitments in Germany and Ulster respectively. However Lithuanian photographer Eduardas Kuznecovas kindly supplied the accompanying photos via a mutual friend.