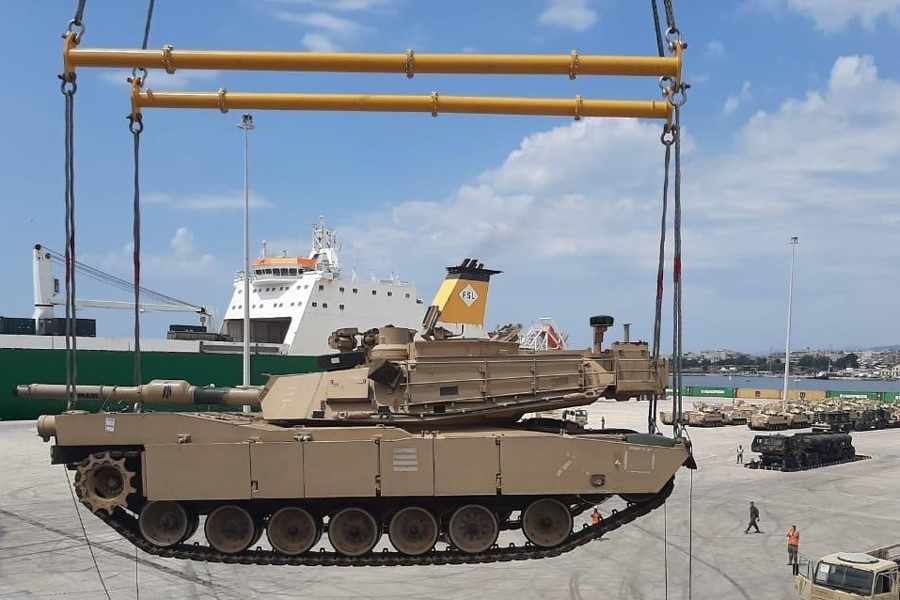 “It is a great privilege to aid in the preservation of peace by showcasing our Army’s ability to project readiness across the globe,” Col. Brian E. McCarthy, 1st ABCT commander said. “This brigade’s legacy of fighting and training alongside our European partners began in the fields of France during World War One. We are proud to uphold our dedication to a strong Europe and once again stand with our allies and partners.”

The 1st ABCT, based out of Fort Riley, Kansas, deployed with approximately 3,800 Soldiers, 80 tanks, 120 Bradley Fighting Vehicles, 10 Bradley (Variant) Fire Support Team vehicles; 15 Paladins, 500 tracked vehicles, 850 trailers, and 1500 wheeled vehicles and pieces of equipment. The brigade deployed through four European ports: Gdansk and Gdynia, Poland; Klaipeda, Lithuania; and Alexandroupoli, Greece. This was also the first time that the US Army offloaded tanks in the port of Alexandroupoli. The brigade is primarily based in Poland with a presence in other ATLANTIC RESOLVE participating countries such as Bulgaria, Estonia, Georgia, Germany, Hungary, Latvia, Lithuania, Romania, and Slovakia.