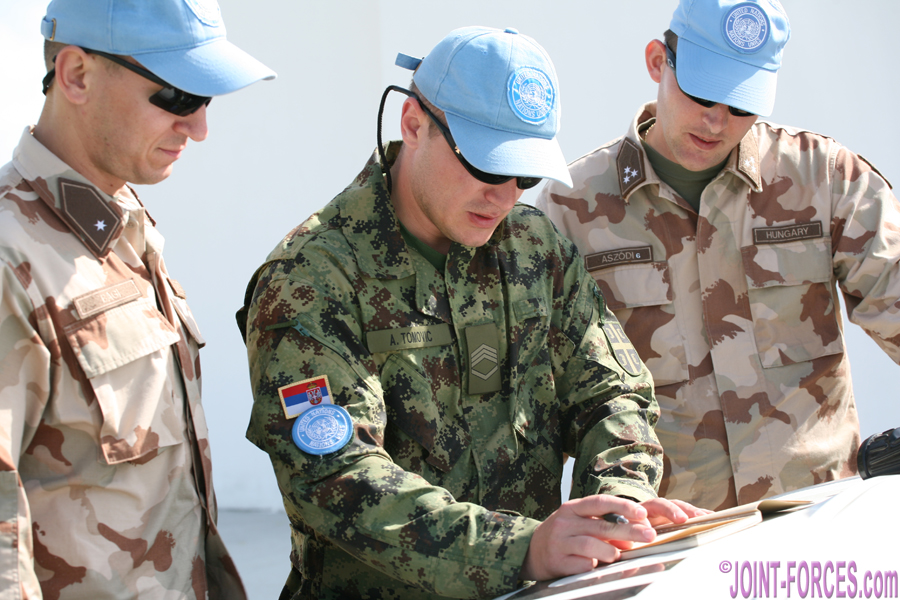 A Serbian contingent (SERBCON) is to join the UK contingent (BRITCON) on the UNFICYP (United Nations Force In Cyprus) Mission.

“It is in the interest of the United Kingdom for Serbia to be strong and successful, and there is no doubt that it is in Serbia’s interest to have partners on various sides.” I think we share a lot of common values that we can work on together. We have many common defence interests that we can develop. Serbia will join the United Kingdom as part of the United Nations mission in Cyprus. Our common mission is to ensure that both our peoples are safe and secure and to be stronger.

“I am looking forward to fulfilling everything we signed today, so that it would not be just a piece of paper, but a relationship that is being built, which, in my opinion, will last, in a world that is increasingly restless and insecure and it is necessary to have a friend. And Britain and Serbia intend to build a strong friendship in this part of the world and to become stronger.

“Therefore, I am very pleased with the signed Arrangement. Both before the Minister of Defence Stefanović became the Minister of Defence, and before I came to that position, we both worked in the field of security and the fight against terrorism in the Ministries of the Interior. And I think that the ongoing relationship makes our citizens safer, and I expect that we will build even stronger cooperation on that basis.

“Thank you very much!”

Editor’s Footnote: A Serbian Contingent has previously served with UNFICYP, in Sector 4 alongside the Hungarian Contingent under Slovakian command. Known as Operation TOSCA, the UNFICYP mission is the British Army’s longest running operational deployment. BRITCON patrols Sector 2 of the ‘Green Line’.