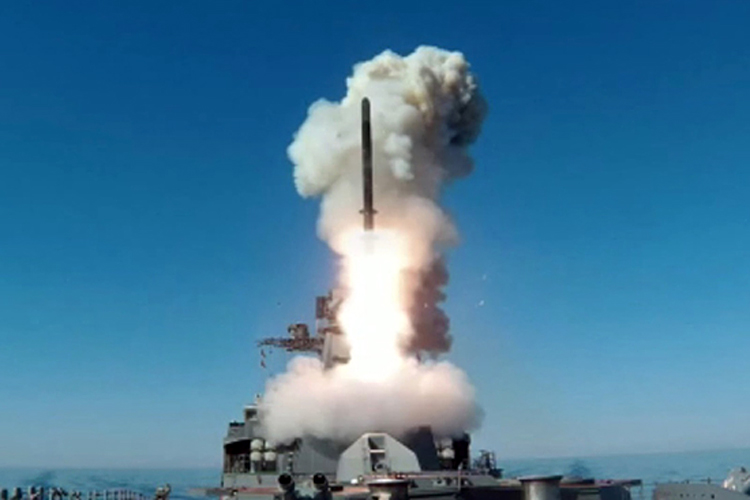 The Russian Navy frigate Marshal Shaposhnikov has launched a 1,000km range Kalibr cruise missile from the Sea of Japan for the first time.

Russian Navy Press Release, 06 April 2021: Today, the frigate of the Pacific Fleet Marshal Shaposhnikov from the waters of the Sea of Japan for the first time launched a cruise missile Kalibr at a ground target.

At the estimated time, the missile arrived at the test site in the area of Cape Surkum, where it hit the coastal target position. The target range exceeded 1,000 kilometres.

The missile firing was carried out by ships and vessels of the Pacific Fleet, as well as aircraft and helicopters of naval aviation, which closed the water area and airspace that was dangerous for navigation.