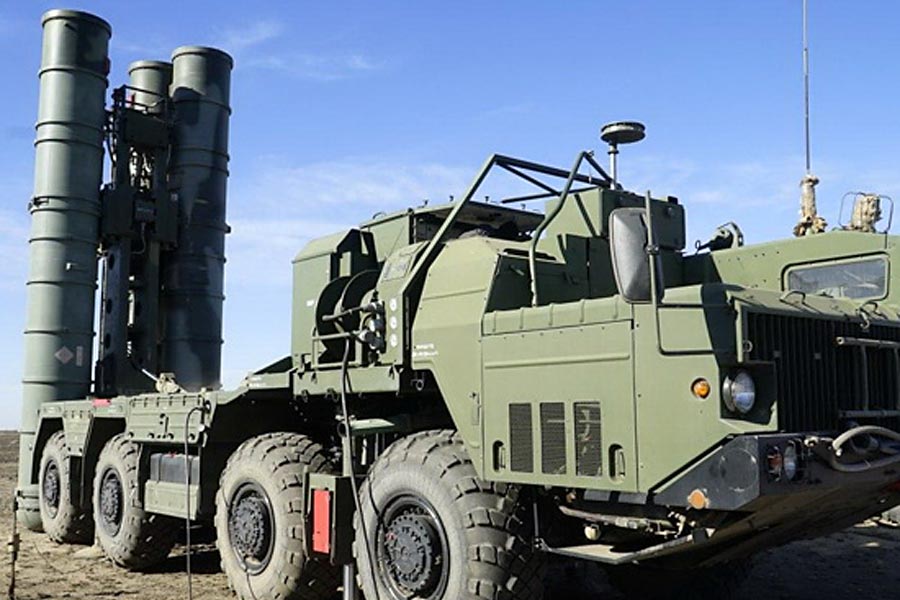 Russian S-400 Triumph crews of the Central Military District carried out the first combat launches in the Astrakhan region after rearmament.

Press Release, 19 October 2020: The combat crews of the S-400 Triumph anti-aircraft missile systems of the Ural Air Defence Regiment of the Central Military District performed the first combat launches at the Kapustin Yar training ground in the Astrakhan region after rearmament in mid-September.

The crews of the S-400 Triumph found a Kaban target missile, imitating an operational-tactical missile, practised the escort, and at an altitude of about 20 kilometres the target was successfully destroyed. Combat firing is the final stage in the adoption of new systems for the Ural Anti-Aircraft Missile Regiment.

Earlier it was reported that the regiment’s crews underwent retraining at the Training Centre of the Anti-Aircraft Missile Forces of the Military Academy of Aerospace Defence in the Leningrad Region.

The S-400 Triumph is a Russian long- and medium-range anti-aircraft missile system. It destroys any enemy air targets in the face of intense fire and electronic countermeasures.