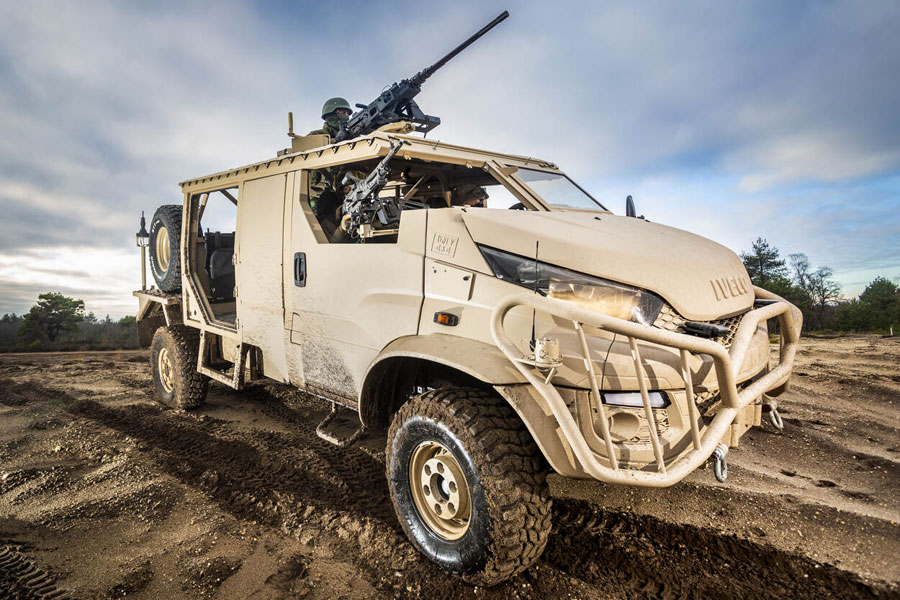 The first Korps Marinier DMV Anaconda Carib during testing at Leusderheide before being delivered to the Caribbean [Netherlands MVD: Jarno Kraayvanger]

At the request of police on the Caribbean island of Sint Maarten, three of the new Royal Netherlands Marine Corps (RNLMC) vehicles with drivers and co-drivers were deployed to assist ahead of the anticipated landfall of Tropical Storm Isaias. It was stated by the Dutch Ministerie van Defensie that the 4×4 vehicles were intended for use on roads where police cars could no longer pass due to anticipated flooding or extreme rainfall damage.

Produced by DMV (Dutch Military Vehicles) which is part of the Iveco Schouten main dealership in the Netherlands, the Anaconda Carib is a militarised conversion of the Iveco MUV derivative of the Iveco Daily and is used by the Korps Mariniers in the Dutch Caribbean (formerly the Dutch Antilles). In total 46 vehicles were ordered, of which 40 are believed to be deployed to the Caribbean islands of Aruba, Curaçao and St. Maarten with six retained in the Netherlands for training purposes.

In addition to seating four, there is a temporary fifth seat for the gunner. Main armament up to 12.7mm calibre can be fitted to the pulpit ring and a 7.62mm machine gun can be mounted at the commander’s position. It is presumed the DMV Anaconda Carib has replaced the armed version of the Land Rover Defender 110 Wolf used by Dutch Marines since 2000.