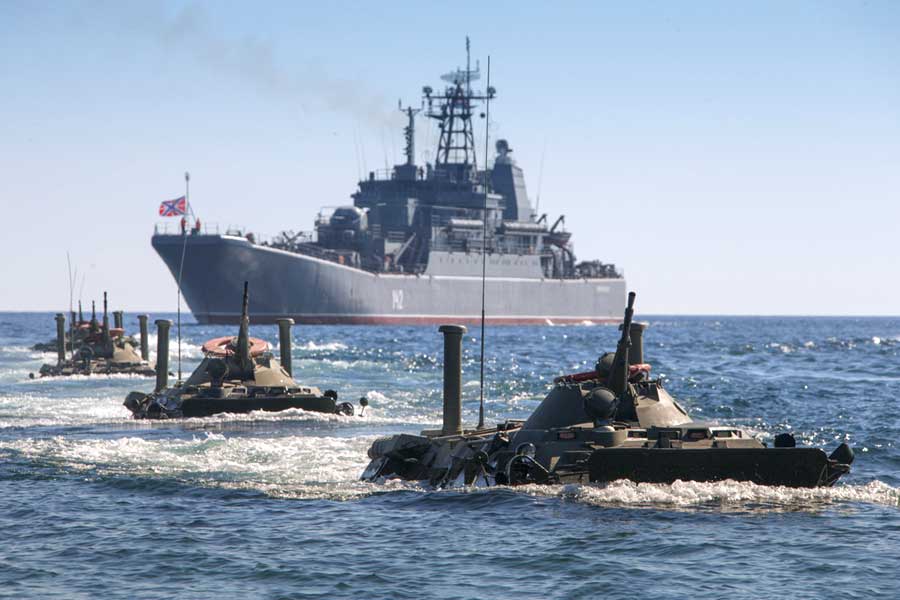 The prospects for the development of the Marine Corps of the Russian Navy will be discussed at the ARMY-2020 forum at Patriot Park near Kubinka in August.

Within the framework of the round table, it is planned to form requirements for prospective organisational and staff structures of the tactical and operational level of the Marine Corps, as well as to determine the direction of equipping these units with the latest weapons, military and special equipment.

The organiser of the round table is the Military training and research centre of the Navy ‘Kuznetsov Naval Academy (VUNC of the Navy ‘VMA’). Representatives of the VUNC of the Navy ‘VMA believe that the proposals announced during this event can serve as a basis for the formation of promising units of the Coastal Forces of the Navy, equipped with new models of the military equipment and able to perform the full range of tasks facing them.

Representatives of the Main Command of the Navy, military authorities, research organisations of the Russian Defence Ministry, as well as industrial enterprises are planning to take part in the event.