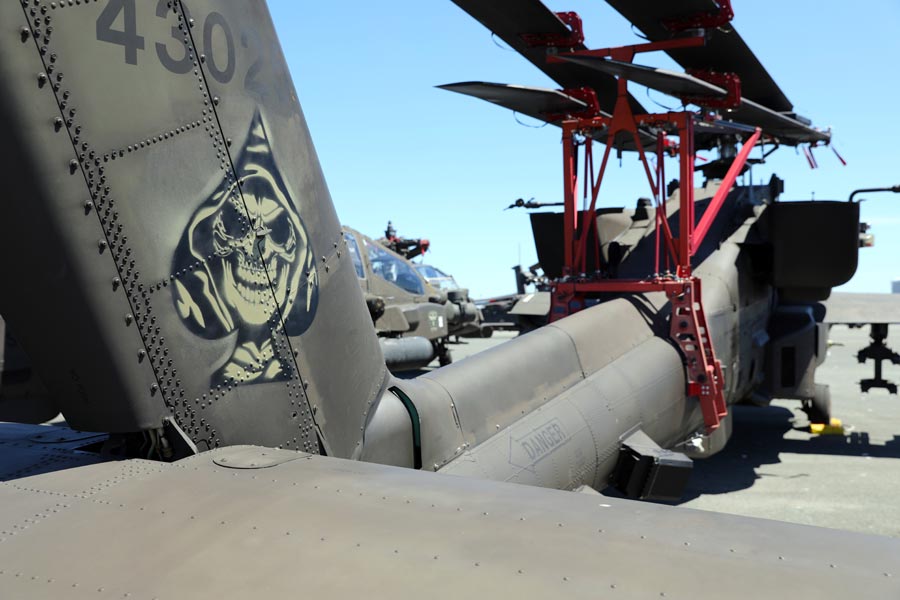 Overseeing the discharge of the CAB’s equipment from the vessel, ARC Endurance, is the 598th Transportation Brigade, Surface Deployment and Distribution Command. Onward movement of the CAB’s aircraft and equipment will be overseen by the 21st Theater Sustainment Command and French military partners. This is the first time a US Army operation of this scale has been conducted in La Rochelle since the 1960s. The CAB’s arrival and movement through France represents an opportunity for US and French logisticians to build partnerships and enhance interoperability. Operation MOUSQETAIRE, the French portion of the logistical movement, demonstrates the strong partnerships between US and French militaries.

In support of ATLANTIC RESOLVE, 101st Soldiers will be a part of multinational training exercises with NATO allies and partners. The aviation rotation will deploy with approximately 2,000 personnel, 50 UH-60 and HH-60 Black Hawks, 4 CH-47 Chinooks, 25 AH-64 Apaches and more than 1,800 wheeled vehicles and pieces of equipment.