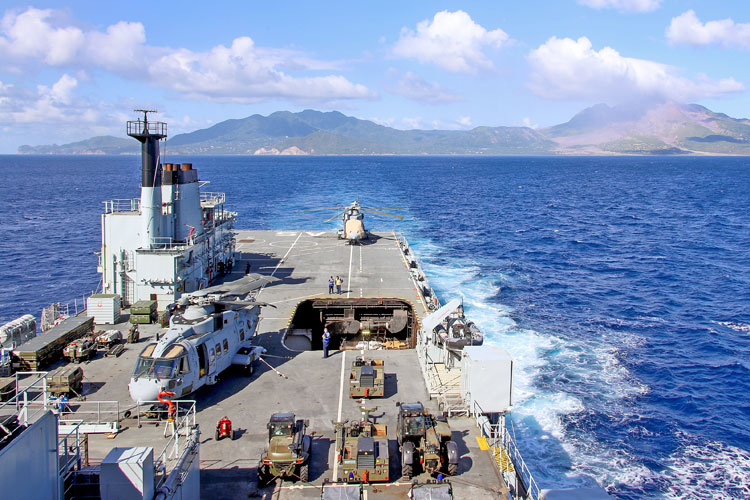 British, Dutch and French navies have joined forces in the Caribbean with a military coordination cell to bolster COVID-19 support to overseas territories.

UK MoD Press Release, 24 April 2020: France, the Netherlands and the United Kingdom have decided to join efforts in dealing with the COVID-19 crisis currently affecting their overseas territories. In order to help relieve local populations, they decided to bring a coordinated military answer in support of civilian crisis management tools.

French, British and Dutch armed forces are deploying military assets in the Caribbean to support their local authorities. As a result, French PHA Dixmude, British RFA Argus and Dutch HNLMS Karel Doorman have been sent to the Caribbean.

This cooperation will be operated by a regional military joint coordination cell which will be located in Fort de France. Its mission will be to optimise national military contributions to support States’ action. This mechanism should provide more agility and flexibility in the response to the spread of the virus throughout the Caribbean.

Inspired by lessons drawn from their military cooperation during Hurricane IRMA in 2017, as well as discussions in EI2 format, the three nations intend to benefit from this experience by better coordinating their actions in a spirit of mutual support and European solidarity.