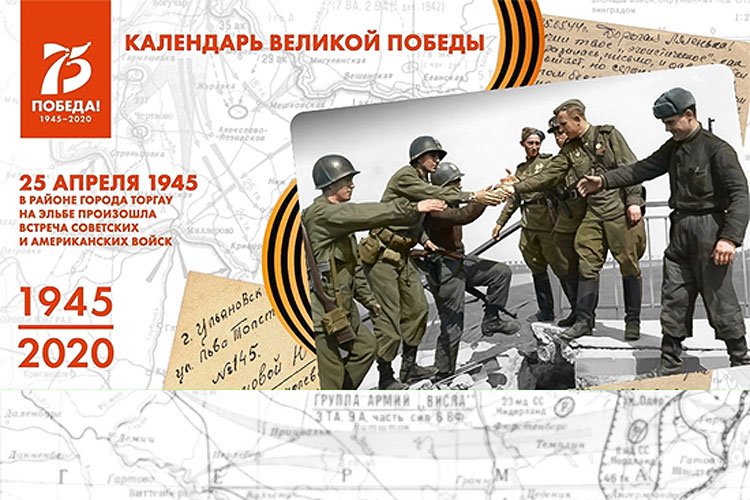 On this day in 1945, 75 years ago during World War II, Soviet and American troops met on the Elbe River near the German city of Torgau in Saxony.

The event went down in history as the ‘Meeting on the Elbe’. It was attended by soldiers of Lieutenant Grigory Goloborodko’s company and Lieutenant Albert Kotzebue’s recon group*. The meeting of two powerful armies divided the territory of Hitler’s Germany in half and thus contributed to the speedy end of the Second World War.

The Meeting on the Elbe is remarkable not only from the historical point of view, but also from the diplomatic point of view. On this day, representatives of the two countries, very far from each other, in a burst of sincere feelings, made a solemn promise to do everything possible to prevent a new war.

Footnote: *Contemporary US archive records show that the first contact between the US and Russian units (at approximately 12:30 local time / 13:30 Moscow time) took place on the west bank of the Elbe just north of the town of Strehla and about 30km south of Torgau.

Featured, Meeting On the Elbe, Red Army, Strehla, Torgau, US Army, US-Soviet, World War Two, WWII
You may also like