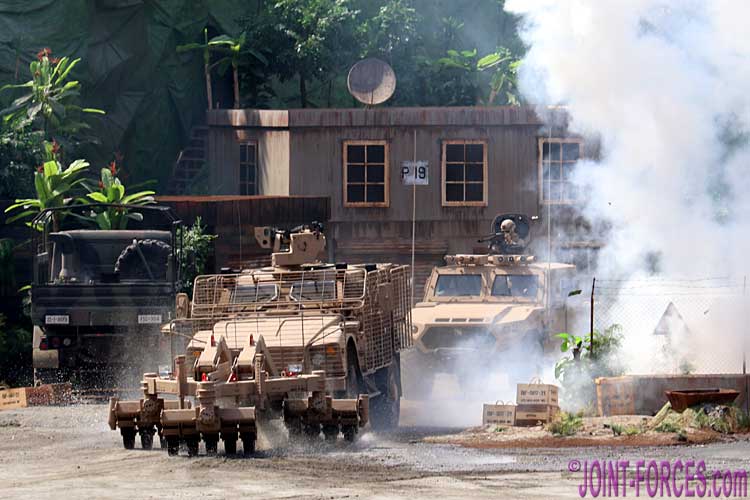 Day Two, Monday, at IDEX 2019 started off with blue skies – though being in the expo halls from early morning until evening meant J-F did not see too much of the sun, writes Bob Morrison.

However with so many new things to discover – from a rugged oxygen generator to two home-grown armoured vehicle models from different UAE manufacturers to the new German Army black combat boot and brown arid deployment patrol boot models – a highly interesting day vanished in a flash. Today we also had the chance to photograph the full dynamic display by UAE Land Forces, having only been able to watch part of yesterday’s Opening Ceremony show, and if all goes to plan we may be able to photograph it again from a different angle before heading back on Wednesday night.

Once back at my desk in the UK, where not constrained by a netbook and slow hotel wifi access, it is my intention to cover everything previewed here in more depth but for the meantime I hope this handful of photos will give a flavour of the expo so far. The ROG, Rugged Oxygen Generator, is a British lifesaver now deployed in quantity by US medical teams