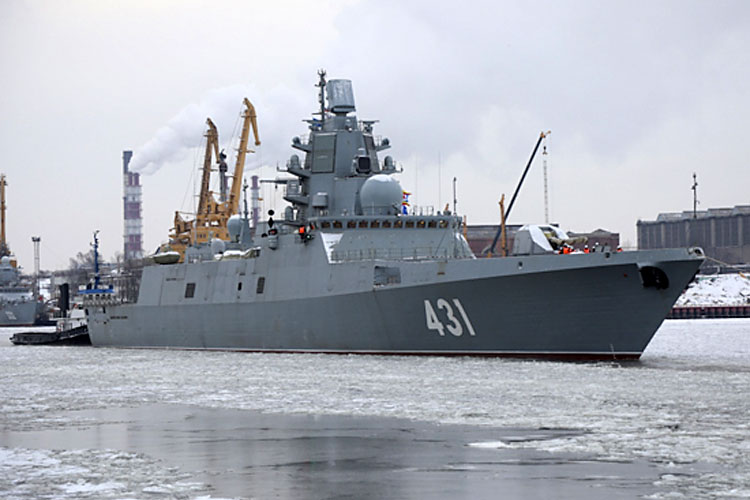 The Russian Ministry of Defence has this evening announced that the frigate Admiral Kasatonov has finished the first stage of sea trials in Baltic Sea.

Tests will continue after the improvement of the ice situation in the Gulf of Finland. Earlier, the crew of the ship underwent comprehensive training at the Joint Training Centre of the Navy and was ready to conduct all phases of the test programme. For reference: Project 22350 frigates are ships of the far sea zone, carriers of high-precision weapons. They effectively operate both individually and as part of groups of the Russian Navy. The frigate is 135 metres long and 16 metres wide with a displacement of 5,000 tonnes. The cruising range is 4,500 nautical miles, endurance is 30 days. The crew is about 200 sailors.