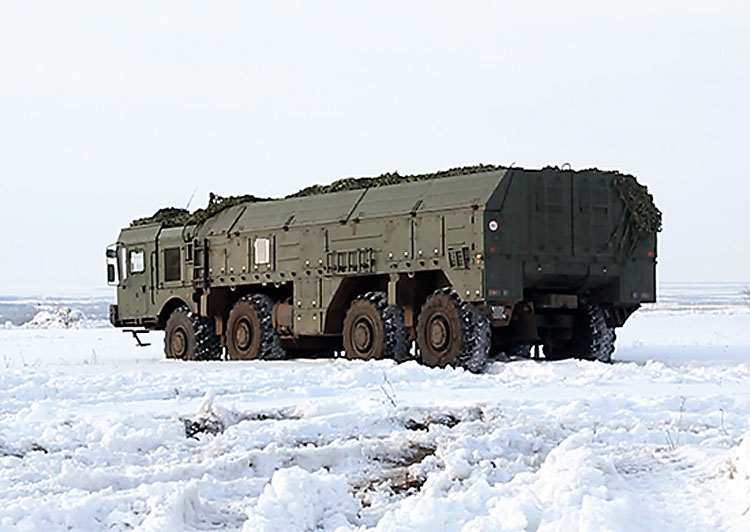 Missile units of the Russian Land Forces in the Western Military District are to be rearmed with Iskander-M systems in 2019.

Press Release, 01 January 2019: Rearmament of the missile formations of the Land Forces of the Russian Armed Forces to the Iskander-M [искандер-м] operational-tactical missile system will be completed in 2019. As part of the state defence order, the manufacturer will transfer the Iskander-M systems to the missile brigade of the Western Military District.

The brigade set is made up of more than 50 units of equipment, including launchers, transporting-charging machines, command post vehicles, maintenance vehicles, as well as life-support vehicles. The Iskander-M missile system is capable of engaging targets at a range of up to 500km. There are two types of missiles: ballistic and cruising.

The complex is designed to eliminate enemy missile launchers, anti-missile and air defence systems, airplanes and helicopters at airfields, command posts and infrastructure. Nowadays, the Iskander-M is the best missile system in its class, which is able to overwhelm any missile defence. Currently, enterprises of the military-industrial complex of the Russian Federation [are] modernis[ing] the complex, in order to improve its combat and operational characteristics.