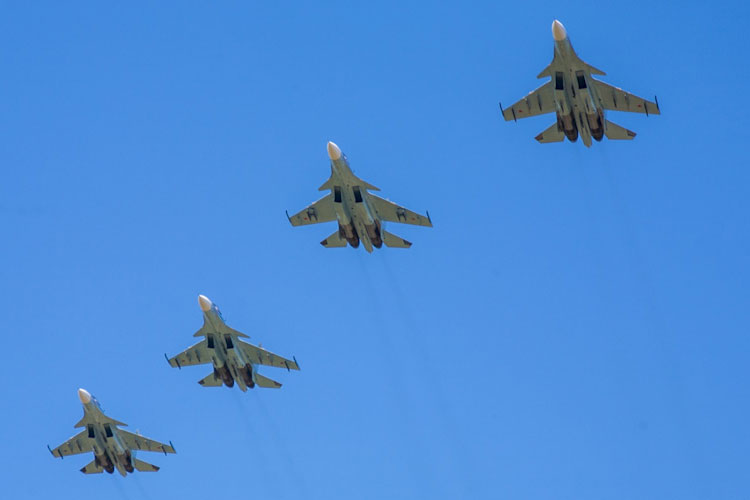 The Russian MoD has announced that four new Sukhoi Su-30SM aircraft have entered service with an air regiment in the Kursk Region of the Western Military District.

Press Release, 10th September: It is reported that four Su-30SM jet fighters have entered the service with an air regiment stationed in Kursk region, Western Military District. Pilots received four 4++ generation jet fighters at the Irkut Plant and made a flight from the airfield to home station.

In 2017, the first squadron of the Kursk Air Regiment was fully armed with the materiel. Currently, rearmament of the military base in nearing its completion. The MiG29SMT jet fighters that have been replaced by new-generation airplanes continue their combat duty to defence [sic] state borders in 2018.

Air fleet of the regiment will have been fully rearmed by late 2018. It is planned to commission another two Su-30SM airplanes.

Footnote: The SM variant of the Sukhoi Su-30 (known as Flanker-H by NATO) is a derivative of the MKI export model and can be differentiated from the standard Russian Aerospace Forces (VKF) Flanker-C aircraft by its canards. The VKF ordered 60 aircraft in 2012 and it has been widely reported that the type has seen operational service in Syria, including on ground attack missions.

JOINT-FORCES.com believes the four aircraft were flown from the Irkut factory to Kursk on 21st August.