Southeastern US Prepares for Hurricane FLORENCE 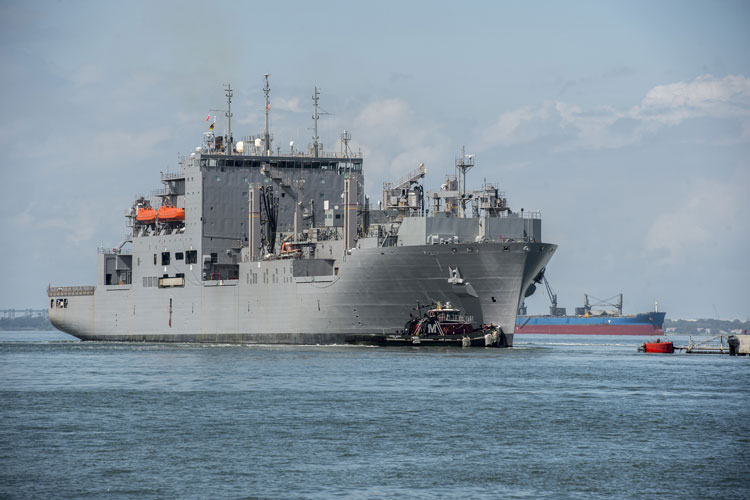 Emergency preparations have been underway over the weekend in Virginia and other southeastern states in advance of an anticipated strike this week by Hurricane FLORENCE.

US National Guard Press Release: Virginia Department of Emergency Management teams have worked throughout the weekend preparing for what may be Virginia’s most significant hurricane event in decades. With Virginia under a state of emergency, and forecasts showing FLORENCE zeroing in on the mid-Atlantic, the time for all Virginians to prepare is now, officials said.

The governors of South Carolina, North Carolina and Virginia have declared states of emergency. In South Carolina today, about 750 National Guard members were expected on duty.

While it is too soon to know the exact track that Hurricane FLORENCE will take, the majority of forecast models are indicating significant potential impacts to Virginia in the form of coastal storm surge, catastrophic inland flooding, high winds and possible widespread power outages.

The largest threat to life from hurricanes is not the high winds, officials said, noting that flooding is the deadliest result of these storms.

Current forecast models indicate that FLORENCE could strike the Carolinas and enter central Virginia, possibly stalling and dropping more than 20 inches of rain in some areas. This will lead to widespread and dangerous flooding, inundation of roads and damaged infrastructure. Potential widespread power outages are also expected.

Residents and visitors should prepare for rising waters, flash flooding and remember to never drive across flooded roadways. Most injuries and deaths occur when motorists try to cross flooded roads. Roads and bridges can be damaged or completely washed away beneath flood waters, and a few inches of water can sweep vehicles downstream.

Some forecast models are indicating a possible strike more directly on the Hampton Roads region and coastal Virginia. If this track becomes a reality, coastal Virginians can expect significant flooding, damaging winds and storm surge flooding throughout the region. If the storm moves on a coastal track, it would require the commonwealth to enact a tiered evacuation plan, commonly known as ‘Know Your Zone’.

With the onset of tropical storm force winds and rain only a couple of days away, the time to prepare is now, emergency management officials said. They recommended getting homes, businesses and families ready for whatever impacts this storm may bring.

Footnote 1: FLORENCE is predicted to hit mainland USA as a Category Four hurricane (Saffir-Simpson Hurricane Scale) with winds peaking in excess of 130mph, which would put it on a par with last year’s disastrous Hurricane HARVEY.
Footnote 2: JOINT-FORCES.com understands that British Army personnel are currently being deployed by air to the Caribbean in case needed to provide communications support to that region.

UPDATED at 11:15 BST: UK MoD has confirmed to us that not only is RFA Mounts Bay, with Commandos aboard, on Hurricane Watch in the region, focussing on the follow-on Hurricane ISAAC which is expected to badly impact islands in the Caribbean, but also a Contingency Planning Team of military specialists is being flown out from the UK to Barbados to be close on hand when needed.