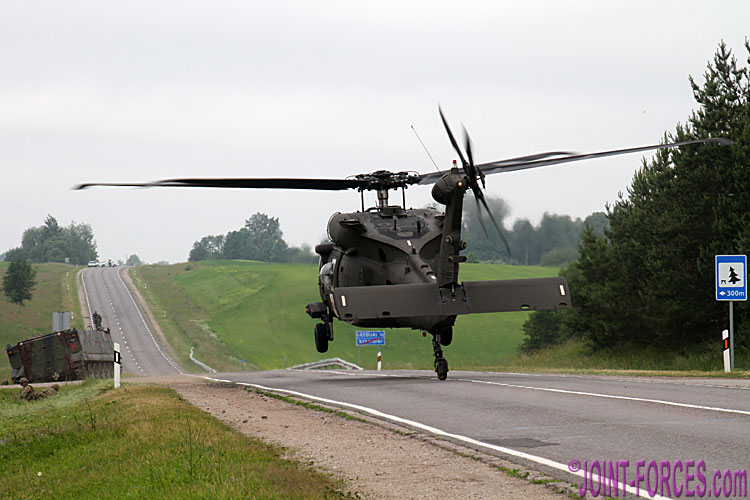 The Latvian Cabinet has approved acquisition of four UH-60M Black Hawk helicopters in the framework of an intergovernmental agreement.

Press Release, 11th September: The Cabinet of Ministers welcomed the purchase of four UH-60M Black Hawk helicopters for the amount of approximately 175 million Euros under the Foreign Military Financing Program by concluding an intergovernmental agreement with the United States.

In order to ensure the long-term financial resources necessary for the replacement of mid-range helicopters and to initiate their acquisition, the Cabinet of Ministers decided to add additional financing to the Ministry of Defence long-term liabilities for 2023 and 2024, amounting to approximately 80 million Euro, up to 2% of gross domestic product.

“Replacement of helicopter platforms is vital not only for the tasks of the National Armed Forces, but also for providing civilian functions, providing support to society,” emphasised Defence Minister Raimonds Bergmanis.

The UH-60M Black Hawk is the most suitable helicopter for the National Armed Forces, both for military and civilian tasks. The ultimate advantage of the UH-60M is its design and viability, since the Black Hawk helicopters are designed primarily for military use in crisis situations with multifunctional equipment capable of performing combat missions, search and rescue, medical evacuation, transportation, firefighting and disaster recovery. They have high manoeuvrability, ballistic and shock resistance, and easy maintenance. The Black Hawk UH-60M helicopter will be equipped for installation of weapon systems.

The helicopters will be acquired under the Foreign Military Financing Program by concluding an intergovernmental agreement with the United States. It is planned that the contract will include the purchase of helicopters and necessary equipment, training of personnel, purchase of spare parts, technical documentation, support for the implementation of the system, and the introduction of airworthiness and operational procedures in accordance with US standards. The first military UH-60M Black Hawk helicopter will be received by the National Armed Forces in 2021.

The UH-60M model, the third aircraft update, was introduced by the US armed forces eleven years ago, and now the US armed forces are progressively moving to use this model. The UH-60M has a more powerful engine, improved seating capacity and helicopter survival capability compared to the previous helicopter modification of the UH-60L, complete digitisation of the cockpit, and facilitated flight planning and execution. The UH-60M also features new, composite rotor blades, and an integrated control system that allows you to keep track of the helicopter’s condition.

The introduction of the UH-60M Black Hawk helicopter will allow the National Army to continue to work closely with both the US Armed Forces and the Michigan National Guard Helicopter Pilots and Technicians to provide training and joint tactical training for further maintenance.

This is the 25th year since the National Guard of Latvia and Michigan joined the partnership program. The Michigan National Guard has made significant contributions to the development of the Air Force’s Aviation Base, helping to develop and test ground handling abilities and training specialists. Meanwhile, the most significant cooperation between Latvia and the United States in the field of military-technical assistance and supply is being carried out within the framework of the Foreign Military Financing Program, in which, in 2018, more than 56 million US dollars are foreseen for various projects.