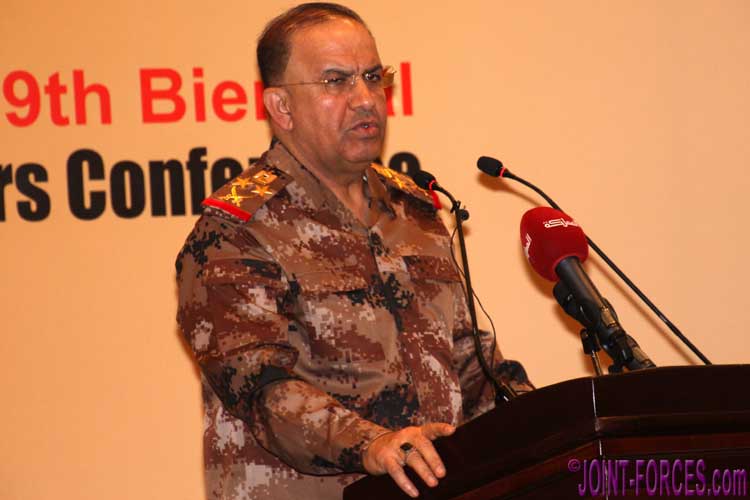 Focusing on Hybrid Warfare in the Global Grey Zone, an ever-changing operational environment, the conference opened with a keynote speech by Lt. Gen. Mahmoud Freihat, Chairman of the Jordanian Joint Chiefs of Staff, in the presence of His Royal Highness Prince Faisal bin Hussein.

In a change to the programme they were joined by Gen. Taleb Al Kanani, Commander of Iraq’s Joint Operations and Anti-Terrorism Force who after a presentation participated with them in a panel discussion moderated by Riad Khawaji of SEGMA.

This evening awards for the 10th Annual Warrior Competition are due to be presented at KASOTC and tomorrow SOFEX 2018 is scheduled to commence at Marka.