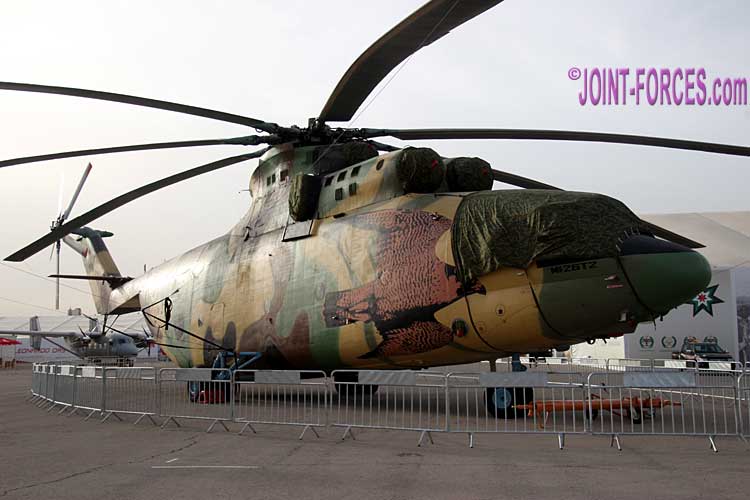 The first of four Mil Mi26T2 Halo helicopters ordered by the Jordanian Air Force is appearing at SOFEX 2018 next week in Amman.

This evening Joint-Forces visited the expo site at Marka Airport, where the show build is well underway ahead of Tuesday’s official opening, and were able to photograph the Halo on the ground. We also had our first sight of one of the first batch of 25 Marder IFVs which the Jordanian Army has taken charge of.

More will follow on SOFEX (the Special Operations Forces Expo) next week… insha’Allah.