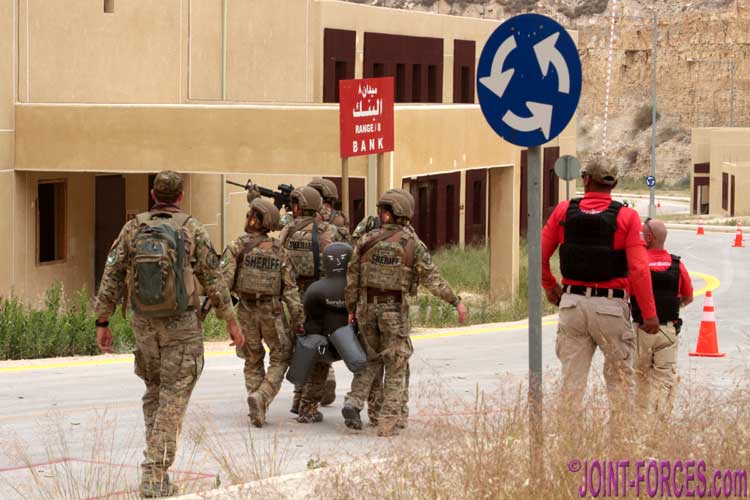 The 10th Annual Warrior Competition concluded today with the King’s Challenge, in which just the top fifteen elite Special Operations teams were allowed to compete.

JOINT-FORCES.com covered all nine stages of today’s concluding event, which saw competitors marching and shooting their way around the entire KASOTC facility in Jordan with the thermometer hovering around the top end of the thirties for much of the day. The judges are still hard at work tallying the final scores amassed over the last five days and Winners will be announced at the Closing Ceremony next Monday, following the MESOC (Middle East Special Operations Commanders) conference. In the meantime, here are some more images – all were captured out on the course today.