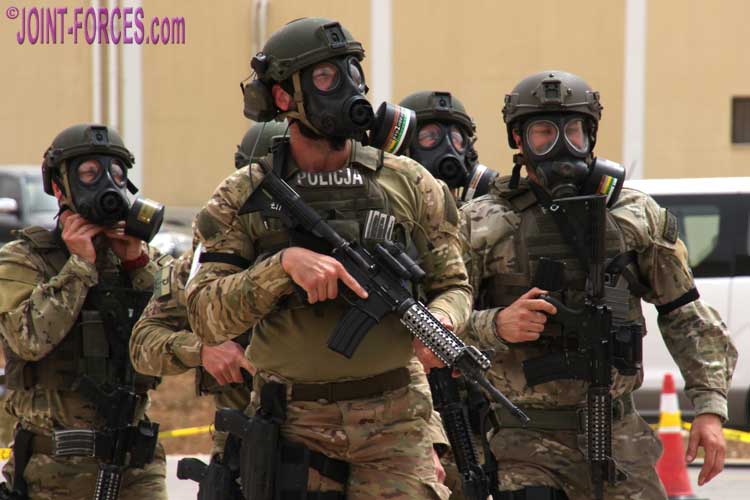 Time’s Up was a Forward & Lateral Movement relay shooting event where fifty targets had to be successfully engaged in a set time while the shooter continually moved. House Of Terror involved locating and recovering a critically wounded High Value Target from an enemy occupied building full of CS gas, reports Bob Morrison.

By the end of the day the fifteen teams at the top of the leaderboard were headed by Lebanon’s Black Panthers, with the Jordanian Royal Guard in second place and China’s Snow Leopards in third; the US Stanislaus County Sheriffs SWAT team was just two points behind the Snow Leopards and just 28 points behind the Black Panthers going into the King’s Challenge, so there is still everything to play for.