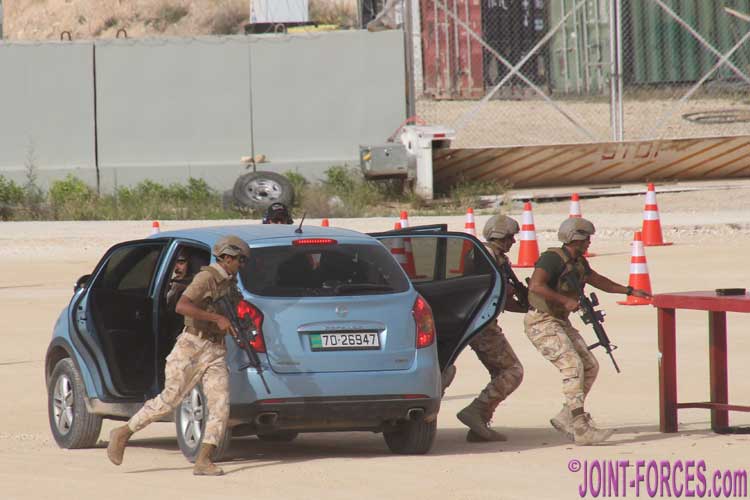 The two 10th Annual WARRIOR COMPETITION events held today were The Great Escape, with a drive & shoot scenario, and McQuade, which involved a sniper mission.

The events commenced at 07:00 this morning, just ten hours after the last teams came off the range yesterday, and ran through the day until around 17:00. China’s People’s Armed Police Team 1, the elite Snow Leopards, were the 40th team to tackle McQuade which involed each five team members taking down targets in turn using the same siper rifle rather than expecting the team sniper to do all the work. Firing points were located at different levels inside and on the roof of a multi-storey building.

The Great Escape involved driving around an obstacle course with four of the team dismounting to engage targets at three set points around the circuit. In effect this event simulated an evading team overcoming attackers.

With plenty of high speed twists and turns, as the driver attempted to beat the clock, the shooters were a little disorientated making dropping targets not quite as easy as one might think.