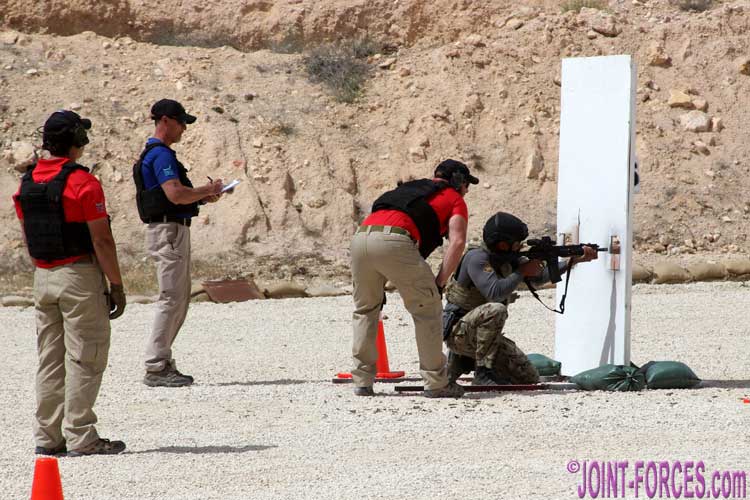 Just after 07:00 this morning 40 five-man teams of Military and Police SpecOps left the helipad on a Jordanian Special Forces base at the start of GUT CHECK.

To make the course more onerous, the last sector had to be tackled while carrying the fifth team member on a stretcher… after first correctly administering a saline drip to him.

When the teams finally reached the Finish Line, daysacks were weighed to ensure everyone had carried the required load around the course.

After a lunch break, the teams participated in the PIPE HITTER, which saw them running in relay around a circuit and engaging targets in a set sequence with both pistol and assault rifle.

JF will cover both events in detail in a full feature once the 10th Annual Warrior Competition has concluded.