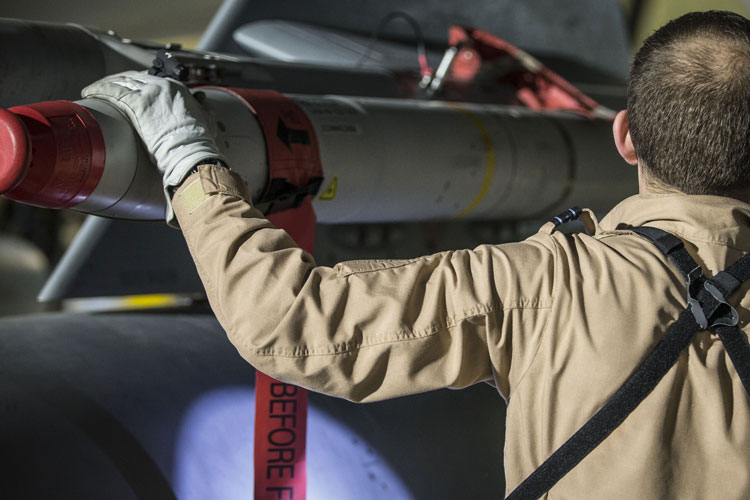 At 0200 UK time on 14 April, British forces joined close Allies in a precision strike on Syrian installations involved in the regime’s use of chemical weapons against its own people.

UK MoD Press Release: The strike was launched as a response to the chemical weapon attack on 7 April in Douma which killed up to 75 people, including young children; a significant body of information, including intelligence, indicates that the Syrian regime was responsible for this latest attack.  As the Prime Minister has made clear, this pattern of behaviour must be stopped, not just to protect innocent people in Syria from these horrific weapons, but also because the erosion cannot be allowed of the international norms that prevent the use of chemical weapons.

Our action is proportionate, specifically aimed at degrading the regime’s ability to use chemical weapons and deterring further such appalling acts; it is therefore focused on regime facilities linked to the production and use of chemical weapons.

The UK element of the carefully coordinated joint action was contributed by four Royal Air Force Tornado GR4s.  They launched Storm Shadow missiles at a military facility – a former missile base – some fifteen miles west of Homs, where the regime is assessed to keep chemical weapon precursors stockpiled in breach of Syria’s obligations under the Chemical Weapons Convention.  Very careful scientific analysis was applied to determine where best to target the Storm Shadows to maximise the destruction of the stockpiled chemicals and to minimise any risks of contamination to the surrounding area.  The facility which was struck is located some distance from any known concentrations of civilian habitation, reducing yet further any such risk.

Detailed analysis of the effectiveness of the strike is currently underway, but initial indications are that the precision of the Storm Shadow weapons and meticulous target planning have resulted in a successful attack.

Defence Secretary Gavin Williamson said: “The reprehensible use of chemical weapons in Douma is further evidence of the Syrian regime’s appalling cruelty against its own people. We will not stand by whilst innocent civilians, including women and children, are killed and made to suffer.

“The international community has responded decisively with legal and proportionate military force. Let these united actions send a clear message to the regime – the use of chemical weapons is categorically unacceptable and you will be held to account.”