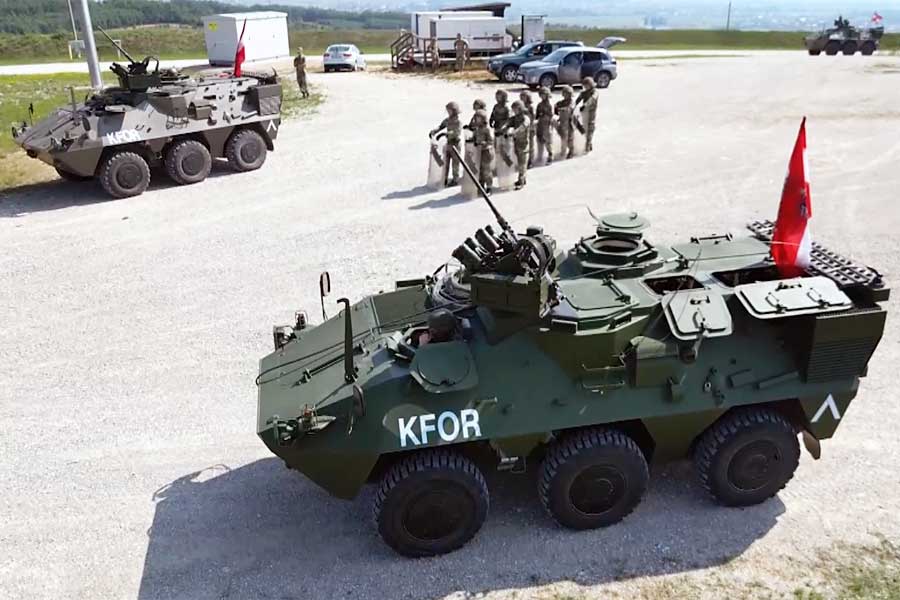 Learn how NATO Allies and Partners contribute troops to the NATO-led Kosovo Force (KFOR) and help maintain security in Kosovo.

The NATO-led KFOR peacekeeping mission in Kosovo continues to provide a safe and secure environment and freedom of movement for all communities living in Kosovo, under United Nations Security Council Resolution 1244 of 1999.

Today, the Kosovo Force (KFOR) numbers around 3,700 troops from 20 NATO Allies and seven partner countries, and troops regularly train and exercise together to ensure readiness in case a dispute occurs. In a crisis situation KFOR operates as the third responder, after the Kosovo Police and the European Union Rule of Law Mission (EULEX).

Featured, KFOR, Kosovo, NATO, Peacekeepers, Peacekeeping
You may also like