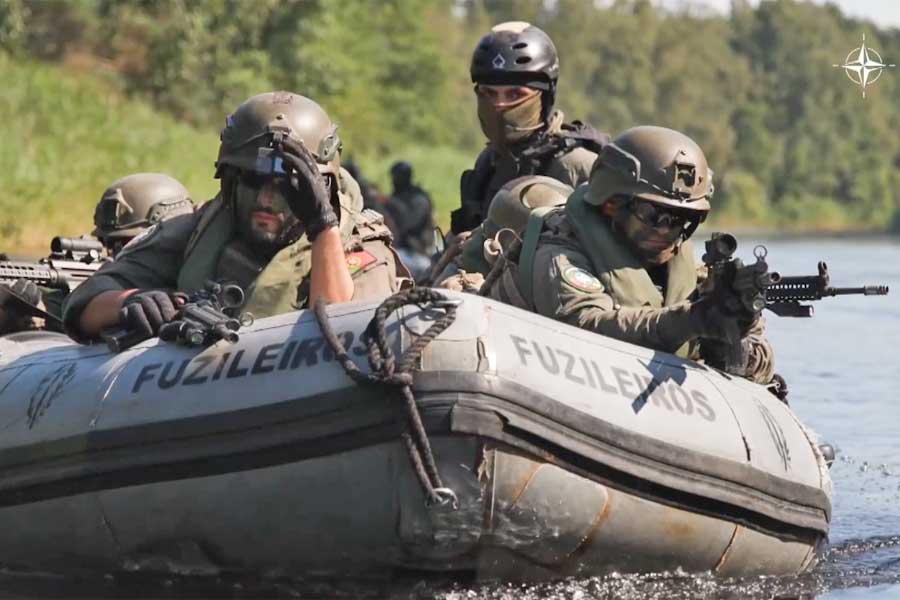 A unique capability that is able to operate on different terrains under all weather conditions, the Marine Forces are a vital NATO asset.

“As amphibious troops, we bridge that gap from the sea to the land.”

Allied Marine forces can work together under the toughest conditions and on the most extreme terrains, ready to respond to any crisis. A unique capability that is able to operate on different terrains under all weather conditions, the Marines are a vital NATO asset. As amphibious troops and able to bridge the gap between the land and the sea, they are held at high readiness to deploy rapidly if a crisis strikes.

Many NATO countries have Marine capabilities and they often train and exercise together in different Allied countries to hone their skills and practise working alongside one another. In this short NATO Multimedia documentary, released Wednesday 11th January, we look at the Dutch Marines and German Marines in Scotland, the Portuguese Marines on the rivers of Lithuania, the UK Royal Marines training in Norway, and NATO’s largest Marine contributor, the US Marine Corps, which exercises across the European continent.