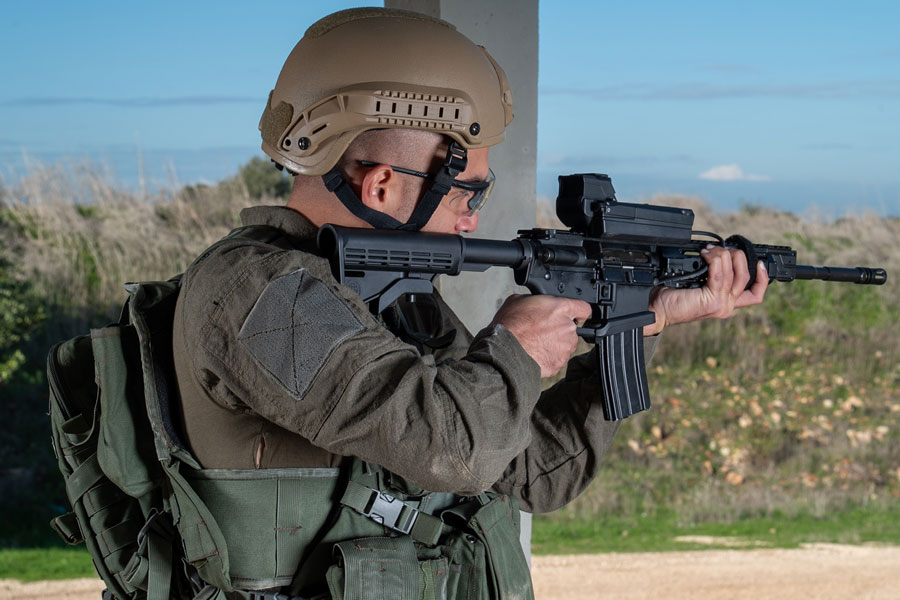 SMARTSHOOTER awarded a contract to supply its SMASH 2000L, also known as SMASH 3000, Fire Control System for the US Army.

Press Release, Yagur, 06 October 2022: SMARTSHOOTER, a world-class designer, developer, and manufacturer of innovative fire control systems that significantly increase the accuracy, lethality, and situational awareness of small arms, announced today that its US subsidiary, SMARTSHOOTER Inc., was awarded a contract from Atlantic Diving Supply (ADS) to supply its lightest weapon-mounted fire control system, the SMASH 2000L, to the US Army.

The systems will be deployed by the US Army Divisions as part of its C-sUAS defence. SMASH 2000L is also under evaluation by the US Marine Corps Rapid Capabilities Office (RCO), with recent live fire tests conducted in early August. SMARTSHOOTER will present the SMASH 2000L together with other SMASH fire control solutions at the AUSA Annual meeting and exposition in Washington DC.

Michal Mor, SMARTSHOOTER CEO: “We are honoured that the US Army continues to value our true fire control systems, and once again selects the SMASH technology for the use of its soldiers. Whether mounted on a rifle or remotely controlled, the unique SMASH technology ensures precise target elimination by guaranteeing that shot accuracy will not be affected by human errors such as fatigue and stress, nor by the target movement.”

Fielded and operationally deployed by friendly forces worldwide, including the IDF, the US Special Forces, the Indian Navy, and forces from NATO and Europe, the SMASH Family of Fire Control Systems enables the platoon to be smart, precise, and connected.

SMARTSHOOTER will present its SMASH family of fire control solutions, including the SMASH Hopper Light Remotely Controlled Weapon Station (LRCWS), the UAV-Mounted SMASH Dragon, the SMASH X4 Fire Control System with a x4 magnifying optic scope, and the latest system under development with the Irregular Warfare Technical Support Directorate (IWTSD) called the IWOO which stands for Individual Weapon Overmatch Optic. This Fire Control System has a x8 variable zoom with a built-in LRF reaching out to distances beyond 600 metres. All of this at AUSA.