Home > Videos > NATO Multinational Battlegroups In The East Of The Alliance 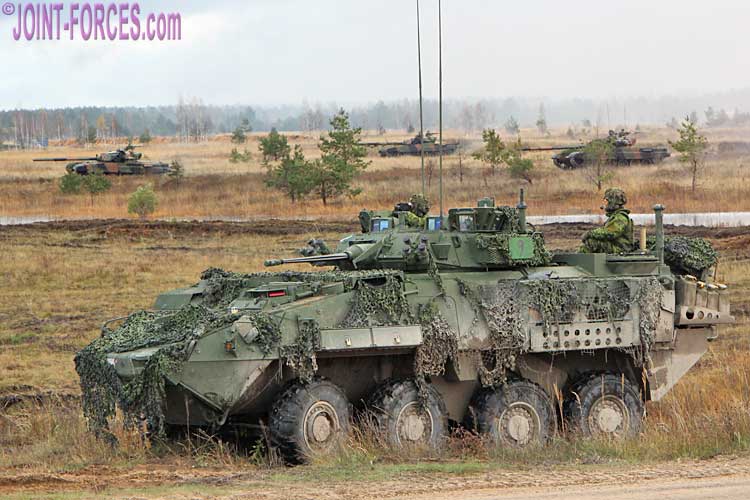 NATO’s multinational battlegroups are a vital part of NATO’s deterrence and defence posture in the eastern part of the Alliance.

“What we provide here is a really potent force that is able to not only deter but defeat an aggressor.”

It’s been five years since NATO deployed four multinational battlegroups to its eastern flank. The battlegroups, stationed in the three Baltic States – Estonia, Latvia and Lithuania – as well as in Poland, were one of several measures announced in response to Russia’s illegal and illegitimate annexation of the Crimean peninsula in Ukraine in 2014.

As they commemorate their fifth anniversary, the battlegroups, led by Canada, Germany, the United Kingdom and the United States, remain combat-ready, demonstrate the strength of the transatlantic bond between Europe and North America, and make clear that an attack on one Ally would be considered an attack on all.

After Russia’s unprovoked and brutal invasion of Ukraine, which began on 24 February 2022, NATO announced the formation of four more battlegroups in Bulgaria, Hungary, Romania and Slovakia.