Home > Videos > Happy Holidays From All At NATO

Happy Holidays From All At NATO 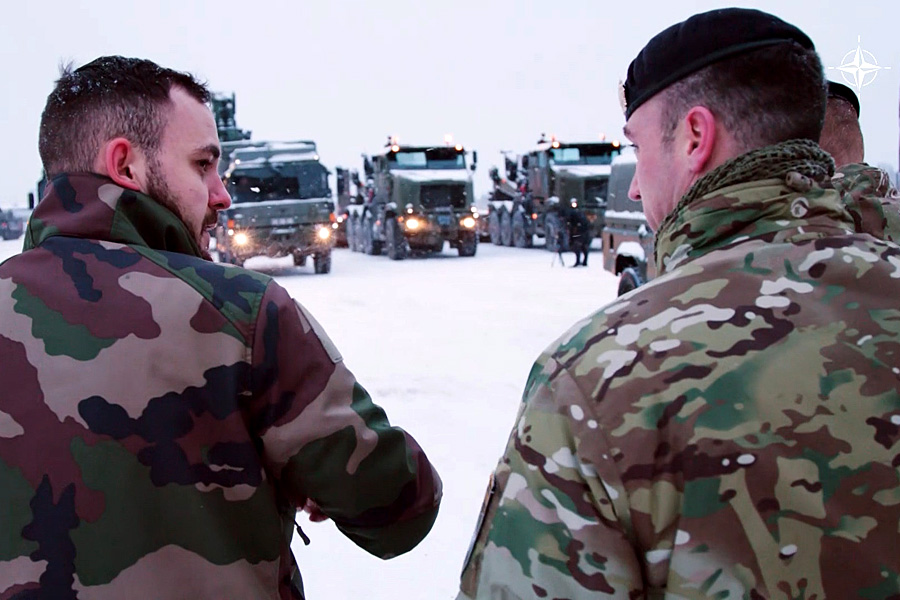 The UK-led NATO enhanced Forward Presence battlegroup in Estonia has organised vehicles and personnel into a happy holiday season image.

NATO is all about teamwork, connectivity and coming together to achieve great things, and this holiday season the UK-led NATO enhanced Forward Presence battlegroup in Estonia provided the platform to do just that.

The battlegroup organised a number of their vehicles and personnel into a lasting image that should remind everyone of the joys of the holiday season. Involving troops from Estonia, France and the UK, this was an international effort that finished with a well-deserved cup of soup, and some hot chocolate in a snowman mug, of course.

This footage, released today by NATO Multimedia, includes various shots of the UK-led battlegroup organising vehicles and personnel before the true meaning of their mission is finally revealed.