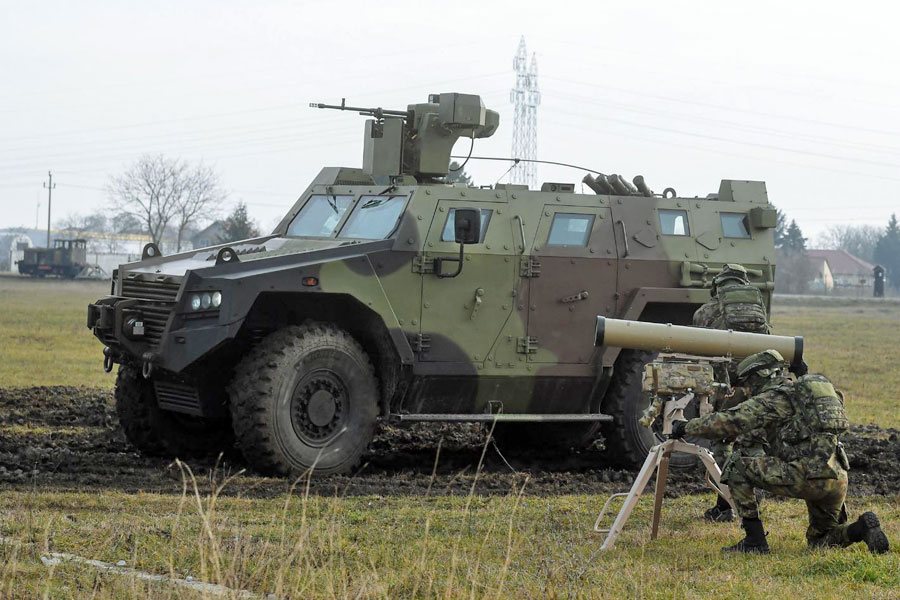 On Monday [3rd] the President of the Republic of Serbia attended a demonstration of the capabilities of the 72nd Special Operations Brigade.

News Release, Belgrade, 03 January 2022: The President of the Republic and Supreme Commander of the Serbian Armed Forces Aleksandar Vučić has attended the demonstration of capabilities of part of the 72nd Special Operations Brigade at the Rastko Nemanjić barracks in Pančevo. The President was accompanied by Deputy Prime Minister and Minister of Defence Nebojsa Stefanović, PhD, and the Chief of the Serbian Armed Forces General Staff, General Milan Mojsilović.

After receiving a report in front of the Ceremonial Guard, President Vučić, accompanied by Minister Stefanović and General Mojsilović, attended the presentation of the Kornet-EM anti-tank missile system and the demonstration of capabilities of the 72nd Special Operations Brigade.

Following the demonstration, President Vučić wished the participants and their families a happy New Year. “I hope you continue to work hard, train hard, love your country as you always have, and fight. And as far as equipment and salary are concerned, we will strive to improve them month by month, year by year, and you should make every effort to keep up with the best special forces from all over the world. Learn from everyone, and protect what is yours. And once again, thank you for everything you do, thank you very much for your love of Serbia. Once again I wish you and your families all the best. Thank you. Long live Serbia!” said President Vučić.

Source: Ministry of Defence of the Republic of Serbia