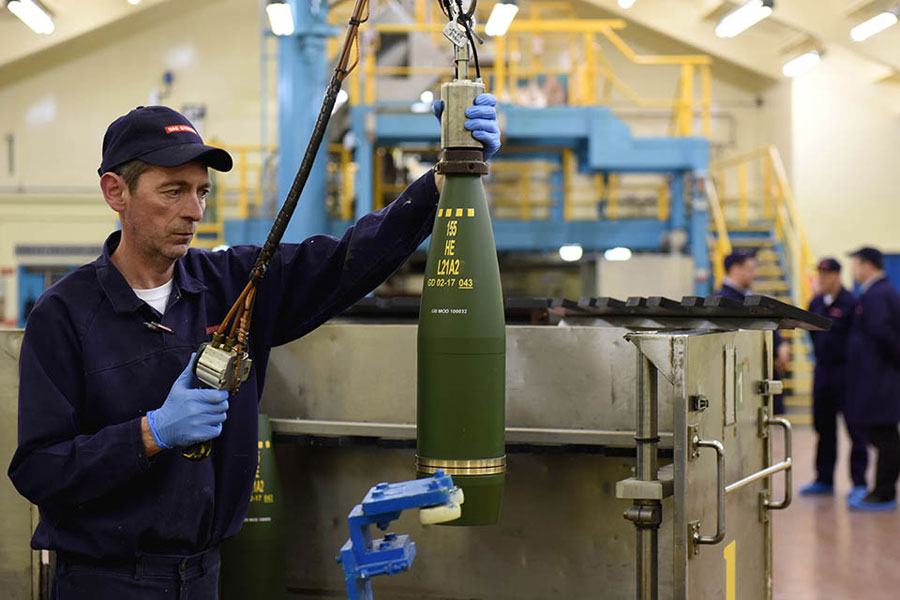 A new £2.4 billion contract with BAE Systems to equip UK Armed Forces with Next Generation Munitions has been announced today.

An estimated 1,260 people will work on NGMS in engineering, operations and supporting roles across five BAE Systems UK sites, including:

A further 1,500 roles will be supported along the supply chain alongside 1,300 jobs as a result of consumer spending in local economies.

Today’s announcement follows the substantial £16.5 billion settlement for defence over four years that will modernise the armed forces and bring jobs and prosperity to every part of the UK.

Defence Minister Jeremy Quin said: “This vital multi-billion-pound contract will provide our service men and women with fire power on the front line for years to come whilst investing in British industry, British jobs and British infrastructure.

“Defence underpins hundreds of thousands of jobs across all four corners of the nation, and ongoing investment is crucial as we work together to build back better and stronger from the COVID-19 pandemic.”

Replacing the current MASS (Munitions Acquisition, the Supply Solution) single-source contract from January 2023, the NGMS will deliver about 50 per cent, by value, of the MoD’s total general munitions (GM) portfolio and will maximise military capability and reduce cost.

Charles Woodburn, Chief Executive, BAE Systems, said: “This contract secures the future of a highly technical and critical industry which supports thousands of manufacturing jobs in several areas throughout the UK. By investing in new technology and skills to further develop our expertise, we can continue to deliver essential sovereign capability to the Armed Forces at competitive prices.”

The new contract will offer better value for money as it includes incentives for BAE Systems to make savings over the life of the contract. In its bid, BAE Systems identified about £400 million of savings and efficiency opportunities to be pursued up to 2038 to meet this challenge. The contract also includes flexibility to vary the volume of orders and allow GM products to be added or removed, depending on front-line requirements.

Ed Cutts, DE&S Director Weapons, said: “This new, improved contract with BAE Systems secures the supply of cutting-edge key munitions for the front line while delivering even greater value for money for the taxpayer.

“We look forward to continuing our collaboration with BAE Systems to deliver on the opportunities this partnership and agreement present.”

As it delivers the munitions, BAE Systems forecasts it will spend £350 million with UK-based companies on raw materials and machine components. It pledges to invest more than £70 million refurbishing and upgrading manufacturing lines, including £32 million at Glascoed, £27 million at Washington and £12 million at Radway Green. The company will also invest in the next generation by recruiting over 200 apprentices and graduates during the course of the contract.

BAE Systems, Featured, munitions, Next Generation Munitions Solution, NGMS
You may also like