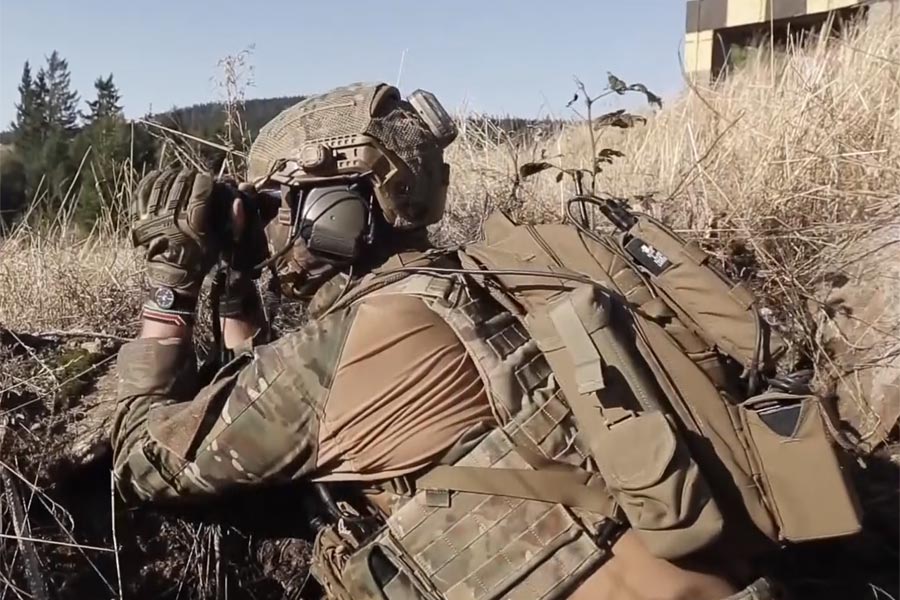 JTACs from six NATO Allies gathered in the Czechia to practise calling in air strikes from Allied aircraft during Exercise AMPLE STRIKE 20.

Over the past week Joint Terminal Attack Controllers (JTACs) from six NATO Allies gathered in Czechia (the Czech Republic) to practise calling in air strikes from Allied aircraft during exercise AMPLE STRIKE 20. It’s the job of the JTACs to make sure military jets hit their target. Held annually in the Czech Republic, the exercise enables JTACs to develop their skills calling in Close Air Support from different Allied jets. This high-stakes, painstaking process can be complicated by language barriers, so practice is crucial. Participating nations included Czechia, Estonia, Germany, Hungary, Slovakia and the United States.

This NATO Multimedia footage includes shots of a Czech JTAC calling in air strikes, shots of Czech soldiers clearing a village and an interview with a Czech SOF JTAC:-