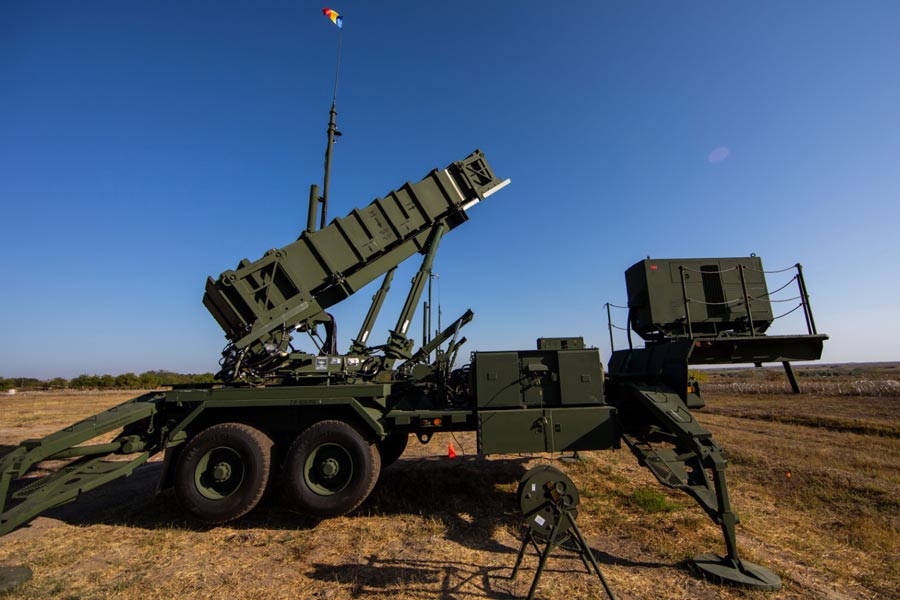 A ceremony for the first Romanian PATRIOT surface-to-air missile system took place on 17th September at Capu Midia near Constanța.

The reception ceremony for the first PATRIOT surface-to-air missile system took place at the Romanian National Training Centre for Air Defence ‘Brigadier General Ion Bungescu’ at Capu Midia in Constanța County. The main equipment for the first PATRIOT system of long range surface-to-air missiles for the Romanian Air Force began arriving in Romania in August and was transported to the National Training Centre for Air Defence, where acceptance testing and reception are being carried out.

The acquisition of PATRIOT systems was established by Law no. 222/2017 for the achievement of the ‘Ground-based air defence capability’, related to the essential endowment programme ‘Ground-to-Air Missile system’ or (HSAM). The document provided for the award of contracts to the United States Government for the purchase of seven PATRIOT surface-to-air missile systems configuration 3+, from current production (new), respectively of major equipment, means of transport, materials, parts, maintenance equipment, ammunition required, the initial logistical support package and the training service, cryptographic and special equipment.

The promulgation of the law was preceded by obtaining the prior approval of the Romanian Parliament regarding the initiation of the acquisition, according to the provisions of art. 51 para. (2) of GEO 114/2011, given the estimated value of more than 100 million Euros, and obtaining the approval of the US State Department on the possible sale to Romania of PATRIOT systems.

Romania has acquired a modern hardware and software configuration of PATRIOT systems in service, tested in combat, capable of engaging all types of current air threats. The main contractors of the PATRIOT equipment and services package are the American companies Raytheon and Lockheed-Martin.