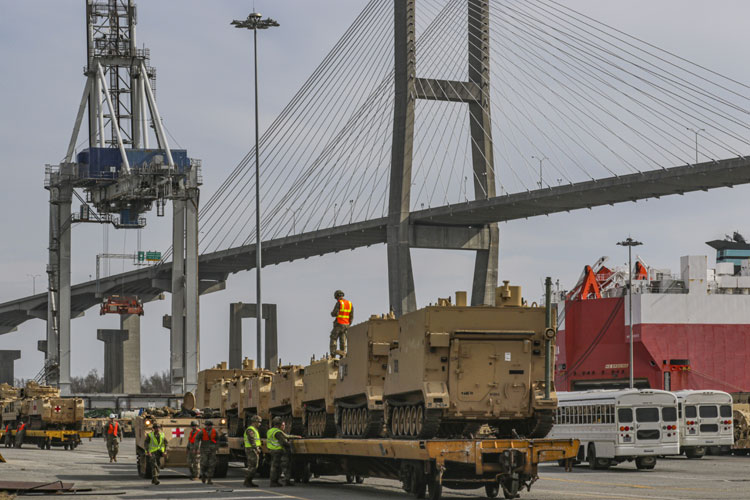 Soldiers assist in the movement and staging of armoured vehicles in Savannah, Georgia, 05 February 2020 [US Army: Pfc. Daniel Alkana]

As CONUS-based US Army armour moves to Eastern seaboard ports for the forthcoming exercise a new video explaining DEFENDER-Europe 20 has been released, writes Bob Morrison.

A few days ago soldiers from the US Army’s 3rd Infantry Division assisted in the movement and staging of armoured tracked vehicles in Savannah, Georgia, in in preparation for the DEFENDER-Europe 20 (DEF20) exercise which will take place across several European countries over the next few months. This exercise programme is intended to “train the joint, inter-agency and multinational force and help the US and NATO allies and partners better understand roles, responsibilities and requirements for global force deployment”.

The US Army video below, released yesterday (7th February) on the same day as the lead photo, is intended to explain what DEFENDER-Europe 20 is and why is it important.