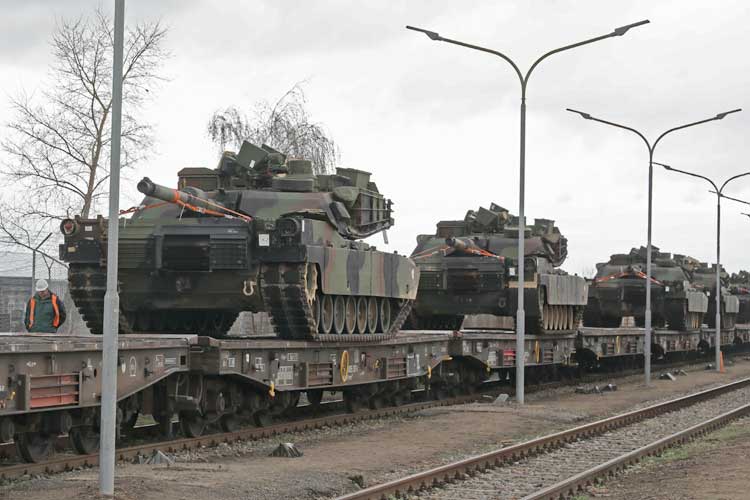 Many US Army Europe garrison facilities across Germany have been closed to non-essential personnel due to the ongoing inclement weather, most notably excessively high gusting winds, resulting in significant impact on DEFENDER-Europe 20 (DEF20) movements currently taking place. As the DEF20 deployment is an exercise, rather than an operation, peacetime Health & Safety constraints govern activities.

Over the weekend a representative from JOINT-FORCES.com travelled to Germany for a scheduled media facility at the Coleman Barracks worksite and railhead near Mannheim today, but the closure of the garrison to non-essential personnel led to its cancellation. We had hoped to photograph both US railhead operations by 21TSC and line move convoy loading, including onto Oshkosh Heavy Equipment Transporters from 19 Tank Transporter Squadron RLC, but regrettably this was not to be.