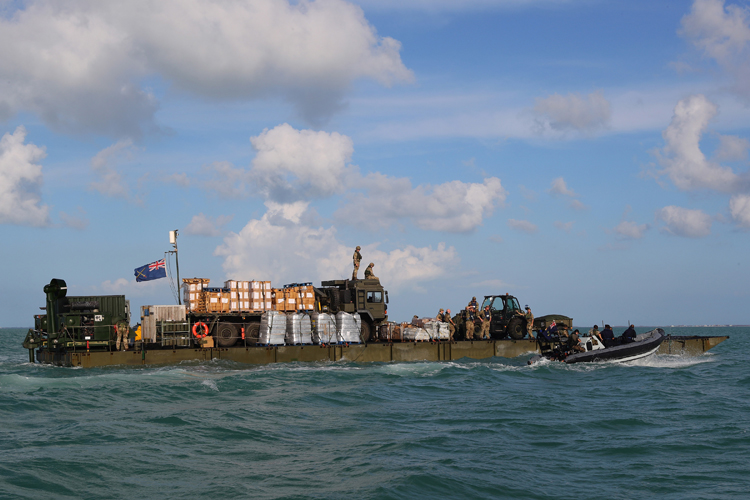 UK MoD Press Release, 06 September 2019: A rigid-hulled inflatable boat was deployed from RFA Mounts Bay this afternoon (05/09) with a dedicated Humanitarian and Disaster Relief team to join up with the Royal Bahamas Defence Force and unload vital aid to some of those who have been worst hit by the category five storm.

The ship has been in the Caribbean since June in preparation for the hurricane season and was re-tasked last week to sail to The Bahamas in anticipation of Hurricane Dorian, the strongest ever recorded in The Bahamas.