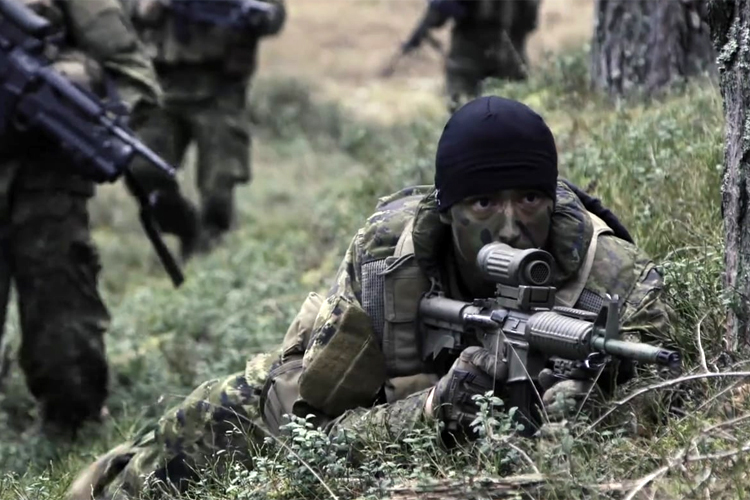 “You need to be mentally alert. You need to be very observant,” says a Canadian Army Reconnaissance Patrolman tasked with guiding friendly forces to their objective.

Private Eamon Fordham chose the hard path in the Canadian infantry – he’s a Reconnaissance Patrolman, tasked with scouting enemy positions and guiding friendly forces to their objective. It’s a job for which he’s uniquely suited – the forests of his native Canada are similar to those in Latvia, where he was deployed as part of NATO’s eFP (enhanced Forward Presence) Battlegroup.

This NATO footage, just released to J-F, includes shots of Fordham and his squad on patrol in Latvia.