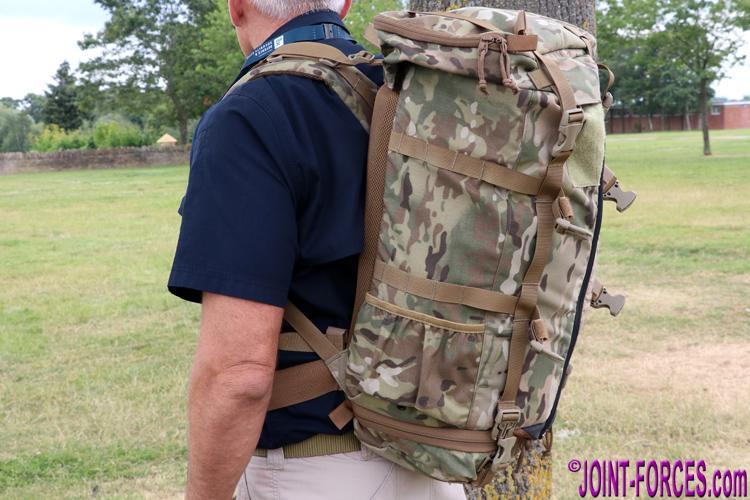 One of the products which caught my eye at this week’s 3CDSE* was the LACUNA rapid access medical bergen from Herefordshire-based Prometheus Medical Ltd., writes Bob Morrison.

First, a little about Prometheus Medical for those who have not encountered them: Established almost fifteen years ago, this specialist medical company delivers tailored emergency medical support in the form of training, equipment, strategic advice and deployed clinical care. In addition to their UK operation, Prometheus now has subsidiaries across Europe, The Middle East, Southern Africa and Australasia.

The company also produces their own broad range of specialist equipment including Medical Training and Casualty Simulation accessories and Medical Bags & Kits. We reckoned the best way to illustrate how the Prometheus LACUNA rapid access medical bergen works, rather than just snapping it and talking about it, would be to video their Defence & Security Sales Manager demonstrating its ease of use, so here goes:-

If you want to know more details about the 30-litre capacity LACUNA – which is available in Red, Black, Grey, Olive, Coyote or MTP-compatible camo pattern – go to the Medical Bags & Kit page on the Prometheus Medical website.

On that page you will also find details of the Prometheus Bleed Control Kit, first developed in partnership between the Daniel Baird Foundation, West Midlands Ambulance Service and Birmingham Community Safety Partnership, to provide a comprehensive bleed control solution which both trained staff and untrained members of the public can use to save lives in an emergency during the critical few minutes before blue light responders arrive at an accident or incident scene. Daniel was stabbed outside a pub in July 2017 and died from catastrophic blood loss shortly after arriving at hospital as there was no first aid or bleed control kit available at or near the scene of the incident.

ASCALON ~ The Future Of Battle Tank Armament
About Post Author