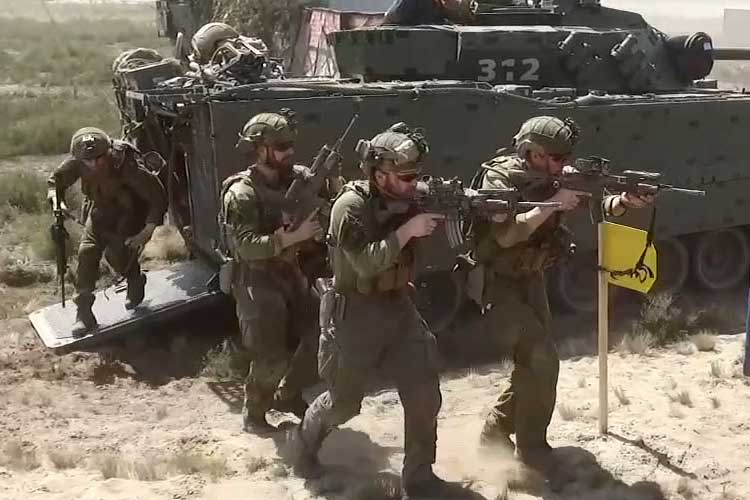 NOBLE JUMP 2019 is designed to test the rapid deployment of elements of NATO’s Very High Readiness Joint Task Force, the Spearhead Force, within the NATO Response Force. Four NATO Allies – Germany, the Netherlands, Norway and Poland – simulated a rapid deployment to Poland, where they participated in joint live-fire training.

The NATO Response Force is a multinational force made up of land, air, maritime and Special Forces elements, designed to quickly react to crises. Smooth troop and armour movements are a vital part of NATO operations. NOBLE JUMP 2019 is running from 24 May to 14 June. The Joint Allied Power Demonstration or JAPD, to which we have been invited but on logistics grounds regrettably cannot attend, is scheduled to take place tomorrow morning (12th) on the Świętoszów Training Area.

This NATO video footage includes various shots of German, Dutch and Norwegian troops deploying to Poland by land, air and sea, and then participating in the training.