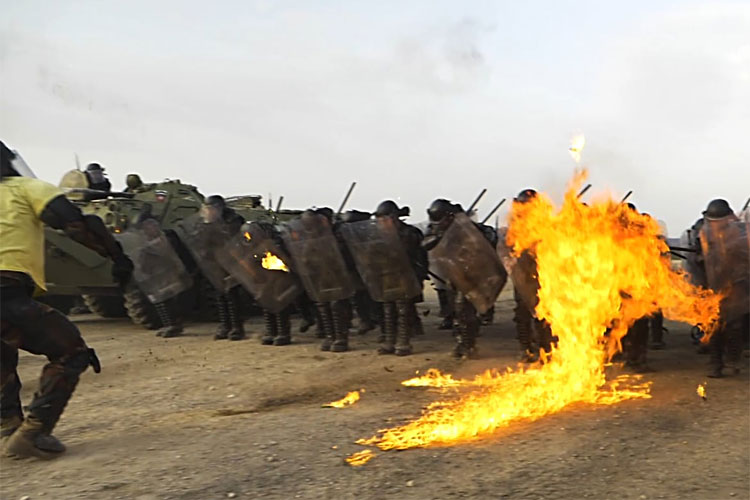 This new NATO video takes a look at some of KFOR’s current operations and training in Kosovo as it continues to help provide a safe and secure environment for all the local communities.

NATO’s peace-support operation in Kosovo, known as KFOR, a force of around 3,500 soldiers from 28 nations, continues to help provide a safe and secure environment and freedom of movement for all the local communities. KFOR personnel are Kosovo’s third responders after the Kosovo Police and the European Union Rule of Law Mission (EULEX). However, KFOR must maintain a state of readiness in case called upon. KFOR also works among the local communities interacting with both Kosovo Serb and Kosovo Albanians as well as other minority groups to keep informed of the situation in those communities.

Footage includes various shots and interviews of the Hungarian Tactical Reserve Battalion carrying out crowd and riot control training, the Swiss Liaison and Monitoring Team working with local Kosovo Serb communities in Mitrovica North, the US explosive ordnance disposal (EOD) team carrying out team leader certification training at Camp Bondsteel and the Italian Liaison and Monitoring Team paying a visit to the Patriarchate of Peć/Peja Monastery.

Footnote: Camouflage aficionados will no doubt be interested in the newish M2016 six-colour camo worn by the Hungarian spokesperson for the KTRBN (Kosovo Tactical Reserve Battalion) from around 02:20.