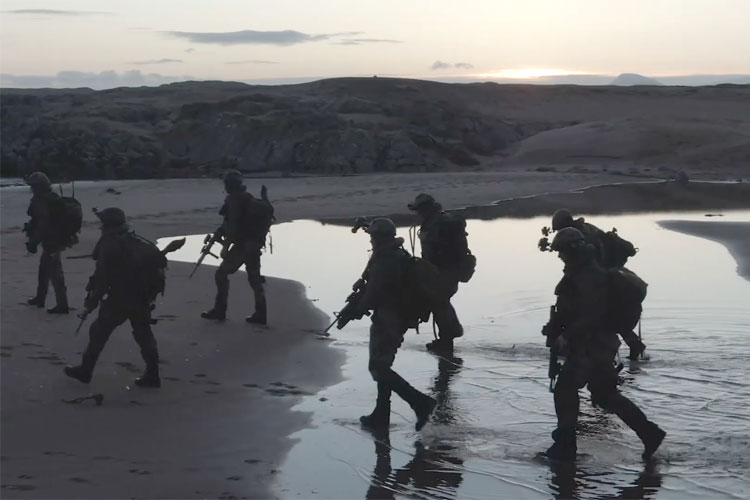 The UK-led multinational naval exercise JOINT WARRIOR 2019 is underway and NATO has today provided JOINT-FORCES.com with this video B-roll.

NATO Press Release, 05 April 2019: [Exercise JOINT WARRIOR 19-1] involves around 10,000 troops from 13 nations and provides a complex environment in which British, NATO and Allied units can train together in tactics and skills for use in a combined joint task force. The exercise runs through a range of scenarios, including crisis and conflict situations, that could be realistically encountered in operations – disputed territory, terrorist activity, piracy and more.

Footnote: JOINT-FORCES.com has been endeavouring to gain media access to JW19-1 through UK MoD since 14th March but, other than a last minute invite on 28th March to make our way up to remote Northwest Scotland for a 1st April facility (which we could not attend as we had by then accepted the invitation to attend SOFINS 2019 to cover the French Special Forces Command dynamic display), we have not been able to gain accesss. Since last Thursday (28th) we have been requesting permission from the UK MoD to cover the main amphibious landing and linked heliborne assault (which we understand is scheduled for very early next week in West Wales) during the more dynamic Ops Phase but as of 17:00 Friday we have heard nothing from either MoD Main Building or Whale Island press officers under whose remit we understand JW 19-1 and/or Royal Marines publicity theoretically falls. Yet again it looks like our offer to provide independent media coverage of UK Forces has fallen on deaf ears. Sorry.