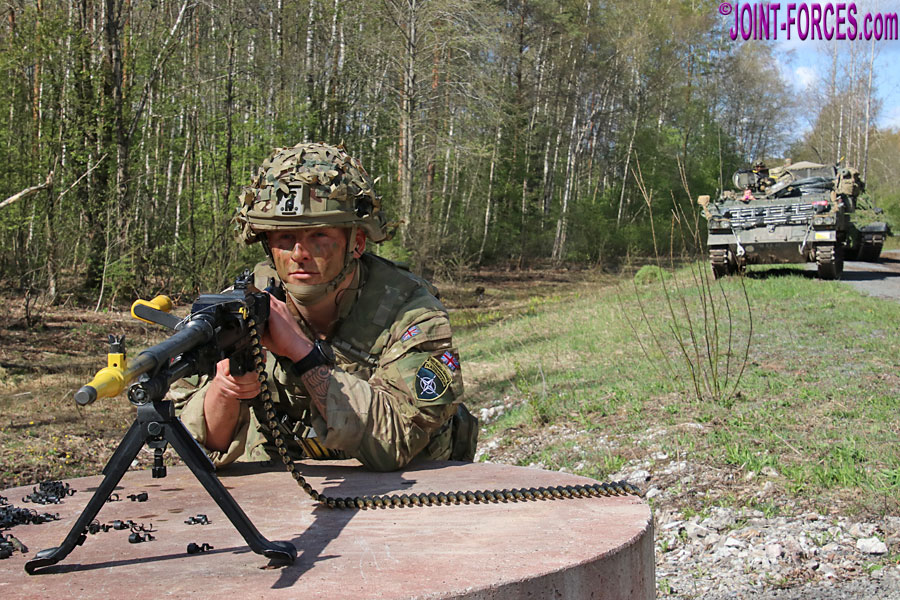 Press Release, 10 Downing Street, 30 January 2022: The UK is expected to bolster its offer to NATO with a major military deployment to strengthen Europe’s borders in the face of rising Russian aggression. UK officials will be deployed to Brussels to finalise the details of the offer with NATO next week, and ministers will discuss the military options on Monday. It comes after the Prime Minister asked defence and security chiefs to step up defensive efforts in Europe during a high level intelligence briefing on the situation in Ukraine this week.

Prime Minister Boris Johnson said: “This package would send a clear message to the Kremlin – we will not tolerate their destabilising activity, and we will always stand with our NATO allies in the face Russian hostility.

“If President Putin chooses a path of bloodshed and destruction, it will be a tragedy for Europe. Ukraine must be free to choose its own future.

“I have ordered our Armed Forces to prepare to deploy across Europe next week, ensuring we are able to support our NATO allies on land, at sea and in the air.”

The possible deployment will reinforce NATO’s defences and underpin the UK’s support for Nordic and Baltic partners.

In conversations with partners in recent weeks, the Prime Minister has emphasised that without a successful combination of deterrence and diplomacy, thousands of lives will be lost in both Russia and Ukraine. The Prime Minister is expected to speak to President Putin and travel to the region early this week to relay that message in person. A second trip to meet NATO member counterparts is being planned for early next month.

Following the Prime Minister’s statement to the House of Commons last week, making clear the better relations with Russia was possible, the Prime Minister directed the Foreign and Defence Secretaries to prepare to go to Moscow for talks with their counterparts in the coming days. They will be asked to improve relationships with President Putin’s Government and encourage de-escalation.

The Prime Minister remains seized of the importance of pursuing diplomatic efforts in tandem, and last week joined a call with President Biden, European leaders and NATO Secretary General Stoltenberg. In that call leaders agreed on the importance of international unity in the face of growing Russian hostility and stressed that diplomatic discussions with Russia remain the first priority. The Defence Secretary is also expected to travel to meet with Allies this week in Hungary, Slovenia, and Croatia on behalf of the Prime Minister.

Meanwhile, the Prime Minister has also asked the Chief of Defence Staff, Admiral Sir Tony Radakin, to attend Cabinet this Tuesday to brief Ministers on the situation in Ukraine. The UK already has more than 900 British military personnel based in Estonia, more than 100 in Ukraine as part of Operation Orbital, and a Light Cavalry Squadron of around 150 people, is deployed to Poland.

Op Orbital has trained 22,000 Ukrainian troops since 2015, and further military trainers were sent to the country earlier this month to support the training of Ukrainian forces to use 2000 missiles sent from the UK.

Meanwhile, HMS Prince of Wales is in the High North leading the NATO’s Maritime High Readiness Force. It is on standby to move within hours should tensions rise further.

It is being suggested that the size of the Op CABRIT Royal Artillery GMLRS (Guided Multiple Launch Rocket System) complement might be increased, that Army Air Corps Apache AH-64D attack helicopters could be redeployed to the Baltic region, that RAF Chinook transport helicopters may deploy to the theatre, and that a contingent from the on-call Parachute Regiment battalion may also rapidly respond. It is also logical to assume that one of the new Ranger Regiment battalions from the Special Operations Brigade, which achieved Initial Operating Capability on 1st December 2021, could be used to enhance the Op ORBITAL training mission.